Is Williams an Internalist?

Practical reasoning is a domain of concerns that deal with our most intimate views on what should be done, every day, in facing the world. Unlike theoretical reasoning which forms only beliefs, practical reasoning forms intensions and sets ground for actions. It deals mostly with the notion of reason, broadly understood as a term that acquires both rationality and motivation for our actions. Bernard Williams in “Internal and external reasons” (1981) introduced a strong and influential distinction, the distinction between internal and external reasons. Williams explicitly argues in favour of internalism, excluding the existence of external reasons and placing the burden of proof on the externalists. In this paper I will reconsider his views drawing on John Skorupski’s insights on Williams in “Internal Reasons and the Scope of Blame” (2007) and Skorupski’s cognitive internalism. I will criticise both of their internalistic accounts and argue for an Aristotelian framing of their main arguments which I believe is a fairer deal in their contribution to the practical reasoning issues. 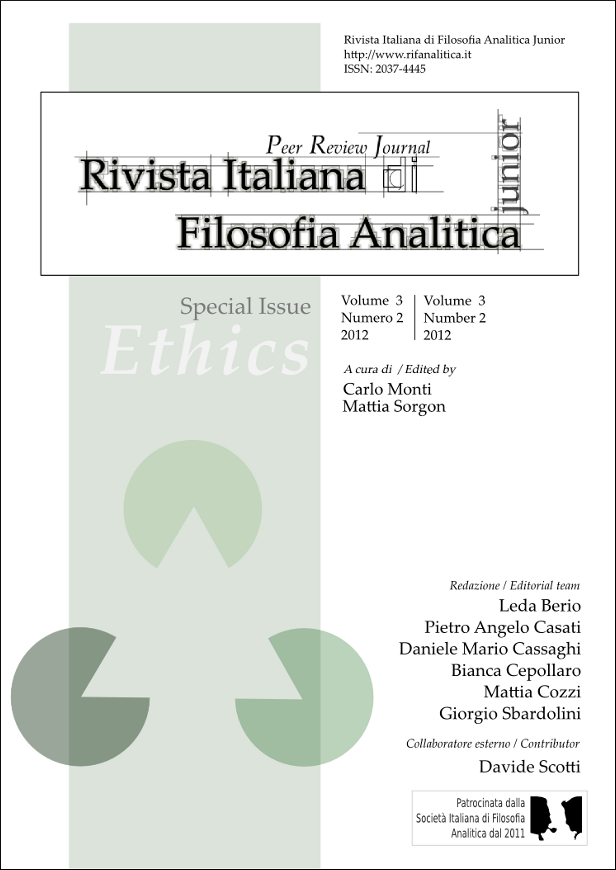 The authors keep the intellectual property for their work, while the journal owns the exclusive rights concerning the first publication of the articles. The journal will also reserve the rights to create an Open Access archive under the Creative Commons License. Articles are published under a Creative Commons By Attribution License.

Plum Analytics
Powered by OJS, engineered and maintained by 4Science.