From the second half of the 19th century, China began to be incorporated into a multi-state informal imperialist system, in the form of a network of territorial concessions: specifically port, railway and mining ones. Meanwhile, Chinese legal institutions underwent a profound transformation toward Western legal principles, thanks to both the internal pressure of reformist officials and the external pressure of foreign powers, whose goal was to make Chinese market malleable and widely accessible. The first half of this essay consists in a general introduction to the system of the mining concessions in China and to the Chinese mining code's reform. The second half - through a case study, the Zhejiang concession - aims to show how the reform of Chinese mining law has been exploited to make Chinese mines less accessible and to put them under the sovereign protection of the state. 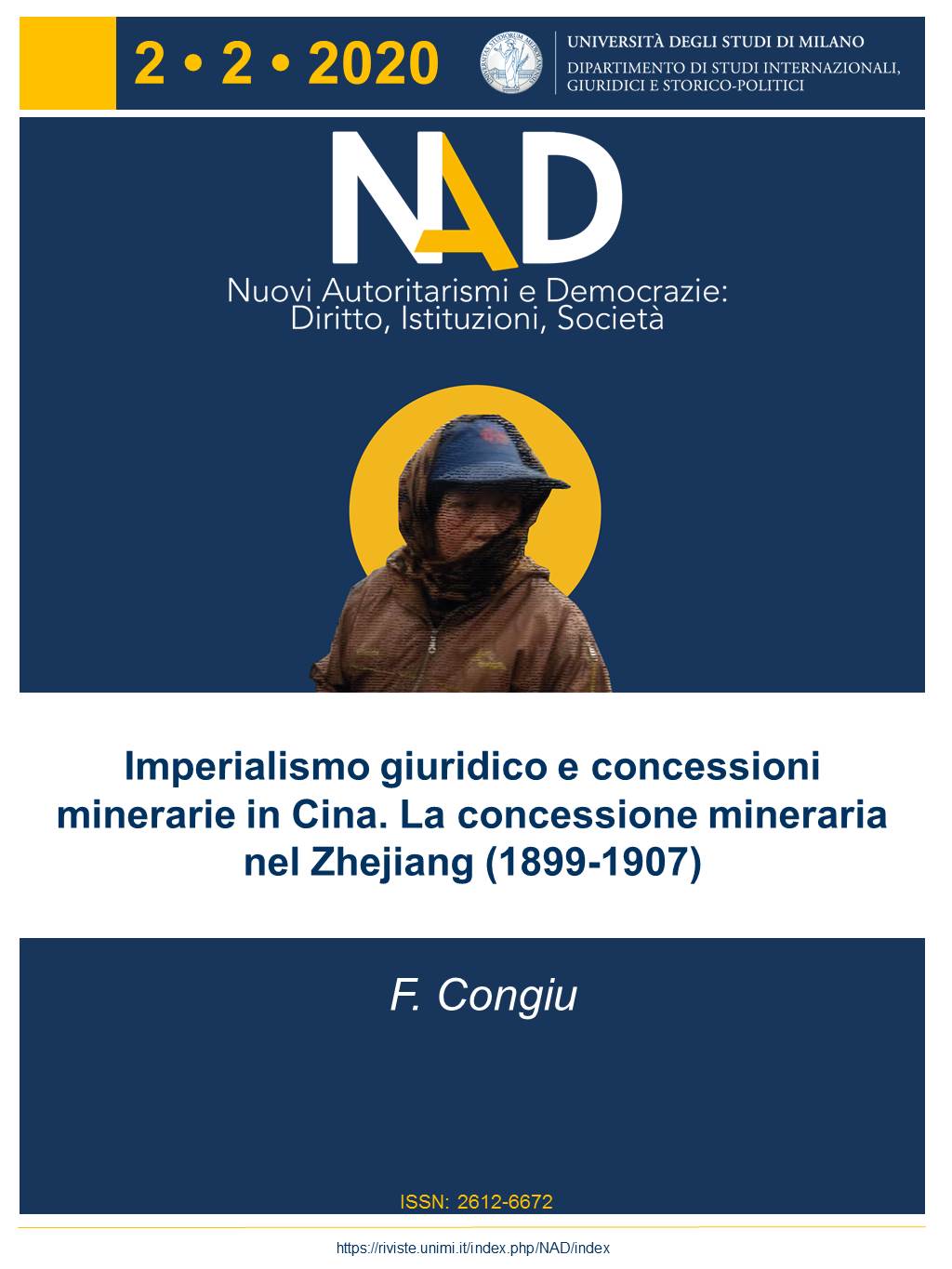