In his speech at the dedication of the National Museum of African American History and Culture in Washington, D.C:, September 24, 2016, former President Barack Obama delivered a view of a history of African Americans in the United States. He spoke about a world of «real patriotism» rising from slavery, passing through segregation and racism, and ending successfully with his election. This happened because African Americans embraced «a lifetime of struggle and progress and enlightenment that we etched in Frederick Douglass’s mighty leonine gaze». This article started with Frederick Douglass, who put together the struggle with patriotism, reflecting on his life and writings in nineteenth century, but also in his legacies in the movement of today, such as Black Lives Matter, constantly probing American’s contradictions over race. 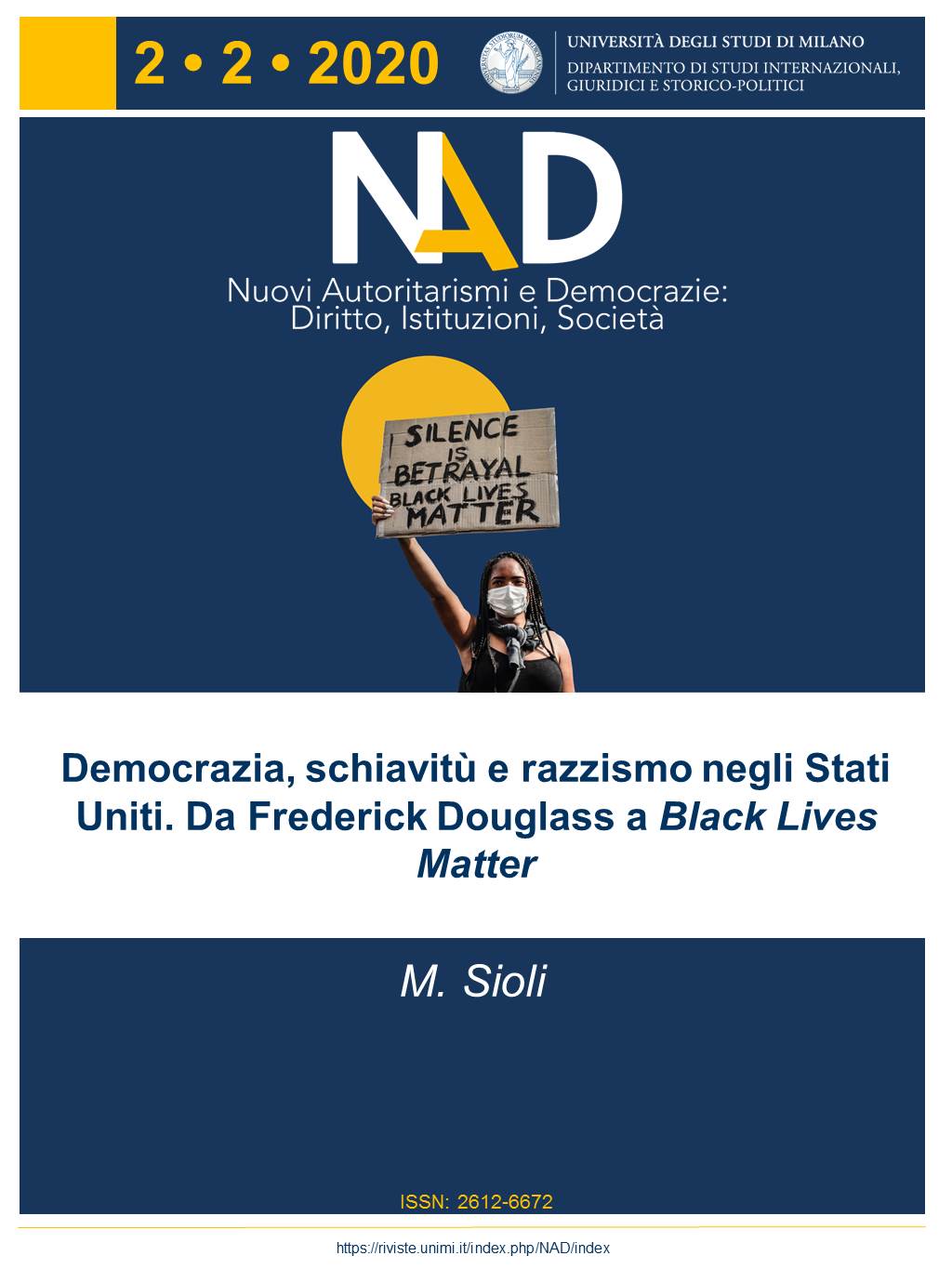