Populism and Katékon. The Two Souls of the Schmittian State

In the past decade, populist movements have vindicated another form of democracy that, from the perspective of constitutional law, is rooted in the claim of identity rather than representation. This has also resulted in a general rejection of the political and legal forms that are at the basis of the liberal constitutional form of government. However, the state as a system of rules that enables order – a nomos – has not been questioned and it still performs its function of emancipator and restrainer. Carl Schmitt seems to have best synthetized these two concepts by resorting, on the one hand, to the concept of identitarian democracy, a type of democracy based on the identity between rulers and ruled, and, on the other hand, to the Katékon, the form of political power that prevents the eruption of chaos. It is where these two elements meet that a bi-dimensional framework for political action, based on time and space, emerges. 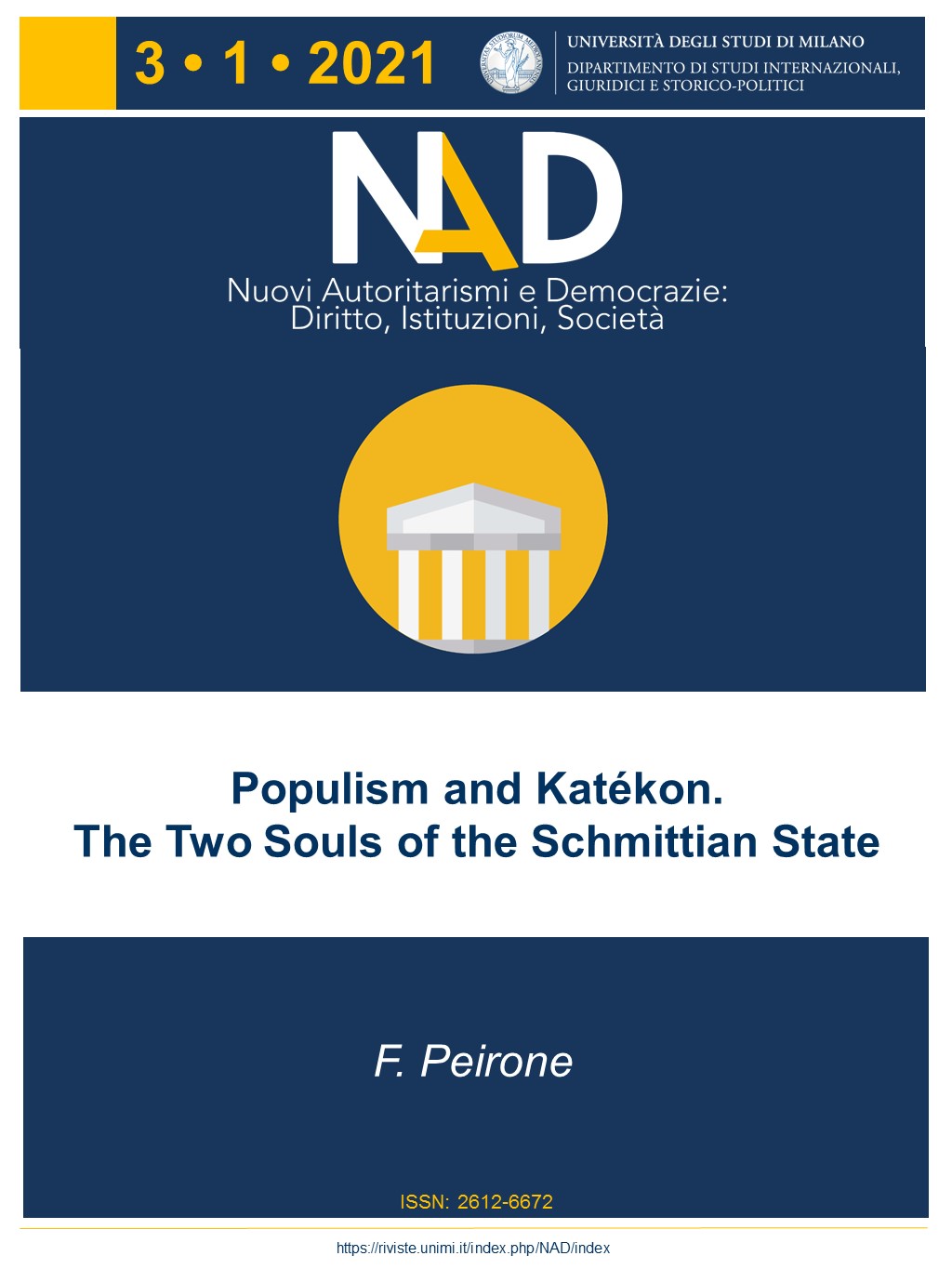