In a very short time Saul Kripke provided a suitable and rigorous semantics for different axiomatic modal systems and established a series of related results. Many key ideas were already in the air in the late Fifties, but it was Kripkean articles’ merit to system atically introduce comprehensive devices and solutions. Later on, the spreading of possible-worlds semantics massively changed the approach to modal logic, which enormously increased in popularity after that. Since Kripke’s work in modal logic is central to the development of the discipline, the aim of this essay is to present the fundamental results published between 1959 and 1965. Indeed, it was in such a brief and early phase of his career that Kripke was able to conceive the main novelties that would become central to the subsequent academic debates about modality. Here, their presentation will follow the original historical progressive introduction. Particular attention will be given to the interconnection between articles, their similarities in structure and the unified analysis produced by means of them. It actually appears quite impressive that, already in 1959, Kripke seemed to have planned all the developments he would present, one after the other, in the following years. First, an overview of the background where Kripke’s ideas start to rise is given. Then, each text’s results are individually briefly analysed. 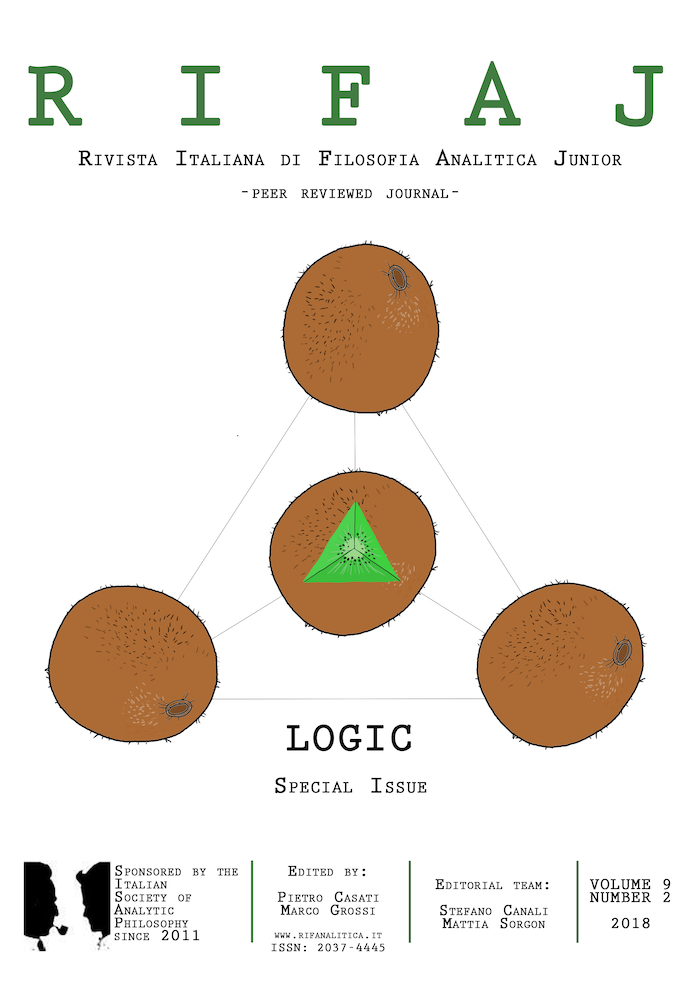 The authors keep the intellectual property for their work, while the journal owns the exclusive rights concerning the first publication of the articles. The journal will also reserve the rights to create an Open Access archive under the Creative Commons License. Articles are published under a Creative Commons By Attribution License.