Storytelling for Geeks. A Multimodal Analysis of Disney’s Stickers

In September 2016, the Walt Disney Company launched a series of packs of stickers featuring characters and art from Disney stories. Stickers are – along with emoji, GIFs, videos and images – graphical devices or “graphicons” (Herring and Dainas 2017, 2185) used to communicate on social media platforms. In details, stickers are elaborate character-driven emoticons, that feature the illustration of one or more characters and are visually realized as a mix of cartoons and comics-like representation of emotions and/or of actions.
Since their first appearance in Asian countries in the early 2010s, stickers have become a new tool that can be used, like emoji, to make communication easier and faster on mobiles; but they have become also a lucrative business as they may be customized for brands or products and thus turned into a sort of collectibles.
Disney stickers were launched by a virtual campaign named As Told by Emoji, that retells Disney stories through custom designed emoji. Indeed, the campaign is composed of a series of short, animated videos that “reimagine both classic and contemporary Disney films through the language of the contemporary digital age, with all the associated playfulness and humor” (Grobar 2017).
The present essay will analyze the features of Disney stickers as a resource to make meaning in digital language adopting a socio-semiotic multimodal approach integrated with mediated discourse analysis. More in details, it will focus both on the examination of the “modal affordances” (Kress 1993) of Disney digital stickers – that is on “what it is possible to express and represent readily, easily with a mode, given its materiality and given the cultural and social history of that mode” (Jewitt and Kress 2003, 14) – and on the semantic components added to stickers by the ‘translation’ of Disney stories into digital language in the As Told by Emoji campaign.

Ilaria Moschini is tenured Assistant Professor in English Linguistics at the University of Florence (Italy). Her main research interests are media language, US political and institutional language and US global culture that she investigates using a framework that combines systemic functional linguistics and critical discourse analysis with a socio-semiotic approach to multimodality. She has published several essays on the linguistic/semiotic analysis of texts from different discursive areas and a volume on the evolution of American imaginary.
https://www.unifi.it/p-doc2-2013-200011-M-3f2a3d323a2931-0.html 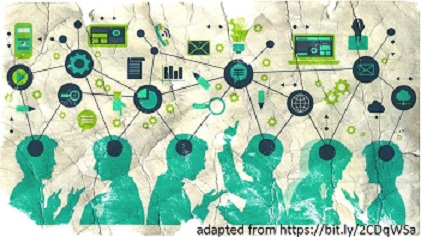