“Temperate and Nearly Cloudless”: The 9/11 Commission Report as Postmodern Pastiche

“Tuesday, September 11, 2001 dawned temperate and nearly cloudless in the eastern United States”. Thus begins Chapter One of the 9/11 Commission Report, a chapter that bears the title, “‘We have Some Planes’”. As with all good pop fiction, the reader awaits to see what this quote means, although we know already that it will mark a crucial moment, one that renders the innocuous urgent, or gives meaning to a startling chaos of coincidence. Pop culture has taught us the formula well: Everything looks fine; high school kids sip pop and dance in front of the juke box; Ole Doc Jones is mowin’ the lawn while Mrs. Jones makes lemonade. BUT strange noises have been heard in the cellar; no one can find the cat; Mr. Grundy insists he saw flashing lights last night, but no one believes him because Mrs. Grundy says he’s been acting strange ever since she flushed his Viagra; mysteriously, all the clocks in Indianapolis have started running fast or slow by exactly 24 hours. Then we hear the message on the police radio: “we’ve got some planes…as large as football fields hovering over every Wall-Mart in the nation”. At last someone will believe the geeky newspaper boy and his big brother’s girlfriend, who knew all along he was on to something. Let’s hope it’s not too late.

Alan Nadel, William T. Bryan Chair of American Literature and Culture at the University of Kentucky, is a member of the faculty of the Futures of American Studies Institute and teaches in the Masters of Arts in Liberal Studies Program at Dartmouth College. He has also taught ath Rensselaer Polytechnic Institute, Emory University, and Purdue University, and will be teaching at L’Orientale University in Naples as a Fulbright Fellow. He is the author of Invisible Criticism: Ralph Ellison and the American Canon (Iowa, 1987), Containment Culture: American Narratives, Postmodernism, and the Atomic Age (Duke, 1995), Flatlining on the Field of Dreams: Cultural Narratives in the Films of President Reagan’s America (Rutgers, 1997), and Television in Black-and-White America: Race and National Identity (Kansas, 2005). He has edited two books on August Wilson, May All Your Fences Have Gates (Iowa, 1993) and August Wilson: Completing the Twentieth-Century Cycle (Iowa, 2008), and is the co-editor, with Susan Griffin, of Henry James and Alfred Hitchcock, the Men Who Knew Too Much (forthcoming from Oxford). His poetry has appeared in several journals, including Georgia Review, New England Review, Paris Review, Partisan Review, and Shenandoah, and he has won prizes for the best essay in Modern Fiction Studies and in PMLA. 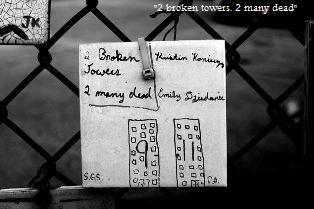