In-flights are magazines distributed by commercial airlines to their passengers and contain news items concerning travel, business and general-interest features, including tourist resorts. The choice of resorts to be described in in-flight magazines seems to depend on the destinations reached by the flights and apparently reflects a cultural and business tendency to focus tourists’ attention not just on popular destinations but also on less frequently advertised or less traditional tourism localities, and to invest in the rediscovery of local identities. Such rediscovery allows the exportation of local tourism to an international audience, thus providing considerable financial advantages.
It is the purpose of this paper to investigate the multimodal and linguistic strategies adopted by in-flight magazines so as to allow the local to become global. The analysis, based on a corpus of ten monthly in-flight magazines published in English and collected between 2009 and 2010, will try to define the linguistic conventions and constraints of this genre. In addition, attention will focus on the extent to which iconicity and interdiscursivity permeate the discourse of tourism in in-flight magazines. The resulting data seem to suggest that the airline industry tends to adopt marketing strategies aimed at promoting and differentiating national interests in an international context. The easiest way to do so is to present themselves as global. By highlighting this characteristic, airline companies construct a global reality which the international, and therefore global, traveller experiences

Stefania Maria Maci is a Researcher of English Language at the University of Bergamo. She is currently involved in international research projects on academic English, with particular regard to the analysis of tourism, medical discourse, and the genre of arbitration.
She is the author of the monograph The Language of Tourism (2010), and coeditor, with D. S. Giannoni, of the volume Identity Traits in English Academic Discourse, a special issue of Linguistica e Filologia 27 (2008); She has recently published “The Modus Operandi of Litigation in Arbitration” (2010a), in V.J. Bhatia, C. Candlin, Gotti M. (eds.), The Discourses of Dispute Resolution, Peter Lang, Bern; “The Argumentative Structure in American and Italian Medical Research Articles” (2010b), in Garzone G., Archibald, J (eds.), Discourse and Identity in Specialized Communication, Peter Lang, Bern; “Reshaping time in business news. Patterning news in the Letters to the Editor” (2010c), in Cottone M, Chiavetta E (eds.) La scrittura epistolare in Europa dal Medioevo ai nostri giorni: generi, modelli e trasformazioni, Bonanno Editore, Acireale e Roma; “Litigation Procedures in Arbitral Practice: A case of Arbitral Litigation?” (2009), in Sar?evi? S., Legal Language in Action, Nakladni zavod Globus, Zagreb; and “The migration of scientific knowledge into alternative forms of research articles” (2009), in Torretta D, Dossena M., Sportelli M. (eds.), Forms of Migration. Migration of Forms, Progedit, Bari. 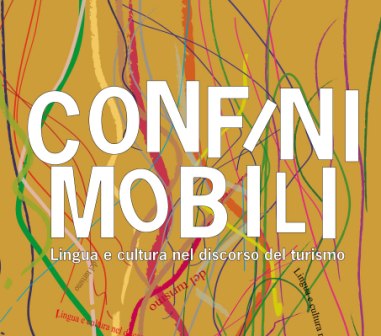