The Representational Impasse of Post-Apocalyptic Fiction: The Pesthouse by Jim Crace

Jim Crace’s The Pesthouse (2007) provides the ideal springboard for a discussion about the apocalypse and representation because the event remains unspecified, a gap in the story, suggesting the presence of epistemological limits.

The present article contends that this narrative choice depends on a representational impasse which makes the depiction of the apocalypse and its aftermath impossible and which post-apocalyptic fiction has to address, in order to grant its own existence. The apocalypse is to be considered the ultimate iconoclastic concept, utterly beyond our abilities as image-makers and story-tellers, because it has either to do with the notion of an absolute end or with that of the radical alterity of a new beginning.

A theoretical discussion of the impasse, divided, for the purposes of a more detailed analysis, into two dilemmas, is followed by an outline of how The Pesthouse engages with this unrepresentability. On the one hand, the British author deploys what might be defined as the logic of the absent referent, in order to allude to the unrepresentable apocalypse. This remains, in fact, inaccessible to language, and thus absent in the narrative, while several elements point to its absence. On the other hand, Crace uses a typical topos of post-apocalyptic fiction, temporal inversion, namely representing the future as a return to the past, to allude to the radical alterity of the aftermath.

Diletta De Cristofaro is a PhD student in American and Canadian Studies at the University of Nottingham. Her research deals with time and temporality in contemporary literary post-apocalyptic fiction. She holds a Laurea Magistrale in Philosophy from the University of Milan, has attended an Erasmus year at Sorbonne University, and an intensive programme in Critical Theory at Utrecht University. 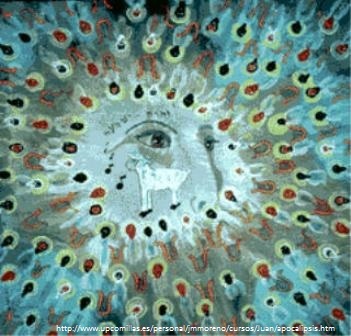