Is there a typical Jewish and female fashion in writing literature? And which kind of criteria could one employ in order to answer such a question? We could try to reply in two ways: a) explaining the terms of the discussion, their origin and how they are employed; b) or interpreting the empirical data, i.e., the texts written by women with a Jewish origin. If the roots of typical “women writing” can be drawn back to the literary studies of the 20th century and to the endeavour of historians of literature (men) to find a common denominator for a phenomenon which was becoming more and more visible, i.e., the growing number of female writers, it may be enough to look at the Weimarer Republic to see that the existence of a sort of “Hebraism in writing” cannot be taken for granted. During those years, a German-Jewish symbiosis was reaching the zenith, with its pressure for assimilation and a self-understanding of oneself as German more than Jewish. Anyway, a real Jewish identity will only take shape after the Nazis' takeover and the following exclusion of the Jews from everyday life, the deletion of their personal freedom and the forced alienation of their belongings (the so-called “aryanization”). Suddenly, the German Jews were forced “into situations they never perceived or looked for before” (Silvia Schlenstedt). On this background, and from a present point of view, Jewish identity took shape as an effort to face the experience of pain: the Shoah. The effort to keep Jewish traditions and topics alive through writing was an answer to the project of deleting every trace of a Jewish life not only from Germany but also from every part of Europe. The poems written by Gertrud Kolmar (1894-1943), Else Lasker-Schüler (1869-1945), Ilse Blumenthal-Weiss (1899-1987), Nelly Sachs (1891-1970) give enough evidence of this.

However, maybe one cannot say the same for Anna Seghers (1900-1983) and Mascha Kaléko (1907-1975). Both authors were crowned with success during the Weimar years. The first of the two for her prose (in 1928 she was awarded the prestigious Kleist-Preis for the two stories Grubetsch and Aufstand der Fischer von St. Barbara), the second for her poetry (her poems are snapshots on everyday life and are published in well known newspapers like the Vossische Zeitung or the Berliner Tageblatt).
Both of them succeed in emigrating and surviving the destruction of the European Jews. Anna Seghers comes back in 1947 to the Soviet occupied zone and will later hold significant offices inside East Germany's cultural life. Mascha Kaléko will however come back only now and then to the German Federal Republic. Did their writing change after the Shoah? And if so, to what extent? Moreover, do the texts mirror the situation in which their authors found themselves? Aren’t they linked to a specific social condition, that of a woman? To what extent do specific female and Jewish experiences take shape in their works? 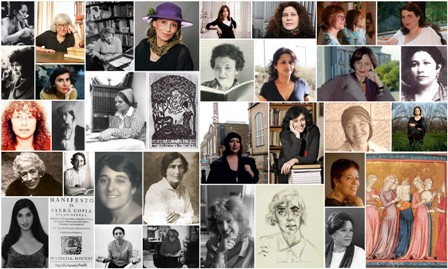