With the beginning of modernity death has been pushed to the margins of society. Indeed, for many, the only time they are confronted with death outside their immediate circle of friends or family is the chance encounter with the traffic accident, which is by now the most frequent form of public death in Western society. But while we try to deny death by institutionalising it and banning it from the everyday, the crowds who flock to the sites of accidents and violent deaths manifest our undiminished need to know about death.
This essay examines our paradoxical attitude to accident sites, their attraction and repulsion, by looking at three artworks: Antun Maracic's photographic cycles Cro Car Crash Chronicle, after War/hol (2001-2) and Usput spomenici/ Sideroad Monuments (1999-2002) and Aernout Mik's video installation Refraction (2005). Maracic's two photo cycles are compendium works: Cro Car Crash Chronicle consists of a series of black-and-white press photographs of car crashes, and Sideroad Monuments focuses on crosses and memorials which mark the deaths of traffic victims. Mik's Refraction consists of a tripartite installation of a looped silent video of a large-scale traffic accident. In all three works the crash and the crash site are stylised into an aesthetic experience and the gallery becomes a place for the contemplation and acceptance of the fact of death.

Ricarda Vidal, University of London
Dr Ricarda Vidal is Lecturer in Visual Culture at the Institute of Germanic & Romance Studies, School of Advanced Study, University of London. She wrote her PhD on the obsession with speed and the fascination with speed and the car crash in 20th-century Western culture. While she continues to work on automobile dreams she is currently also exploring the recent gentrification of London's East End in relation to architecture and memory. She has published on the legacy of Modernism and Romanticism, speed, the car and driving as cultural phenomena as well as on artist film and video. Outside academia she also works as curator for moving image and performance art. 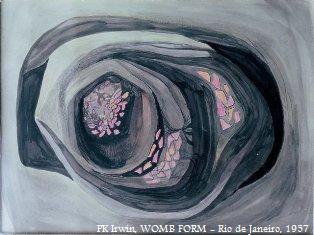