Private (Brown) Eyes: Ethnicity, Genre and Gender in Crime Fiction in the Gloria Damasco novels and the Chicanos Comic Series.

The representation of women in crime fiction has traditionally been a complicated one. Consistently forced into secondary characters (assistants, girlfriends, or damsels in distress) the most active role a female character could aspire to was that of the femme fatale, a pit of perdition, an unwelcome distraction for a man looking for truth and justice. This traditional approach to the genre has been challenged in the last decades by women acting as detectives, trusted with solving their cases in a hostile male world. Similarly, the traditional white male protagonist has been contested by fictions where ethnic minorities are not just consigned to the criminal world, but where detectives are members of ethnic groups, and can use their knowledge of the community to solve the case. This essay focuses on the crossroads of ethnic and women’s detective fiction, specifically the Gloria Damasco series by Chicana writer Lucha Corpi and the graphic novel Chicanos (Trillo and Risso, 1996). Both protagonists (Gloria Damasco, a Chicana clairvoyant detective, and “poor, ugly, and a detective” Alejandrina Yolanda Jalisco) must face both the dangers of investigating criminal cases and discrimination in their professional surroundings due to their gender and ethnicity. By contrasting these texts, the essay elucidates the importance of specific cultural products, their connection to (and defiance of) canonical forms of the genre, and their rejection of generic and gender expectations.

Professor Méndez García teaches American Literature at Universidad Complutense de Madrid. Her interests include 20th/21st c. US fiction, the counterculture, and Chicana studies. She leads the research group “Space, Gender and Identity in US Literature and Visual Arts: A Transatlantic Approach” (Franklin Institute-UAH). She has been a visiting scholar at RCC-Harvard (2001-02) and the University of Louisville (2014-15). In 2010 she received a Fulbright grant to participate in the US Institute on Contemporary American Literature. 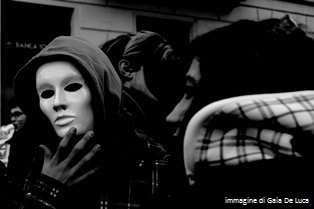