This essay discusses several aspects of the legal procedures relating to Aeschines’ prosecution of Ctesiphon in 330 BCE. First, the essay demonstrates that through an improved reading of the law at Demosthenes 23.92 that Ctesiphon’s proposal had not expired when Aeschines brought his case to court in 330. Second, the essay shows that the penalty Aeschines would have suffered for not gaining one fifth of the votes at the trial was not the loss of the right to bring the same kind of cases again but the loss of the right to bring any public cases in the future. Third, the essays analyzes the phrase ‘trials brought by decree’ (Aeschin. 3.4) and proves that the phrase refers to trials in the Assembly brought on the basis of an ad hoc decree and not to trials in the courts with procedures modified by a decree of the Assembly. 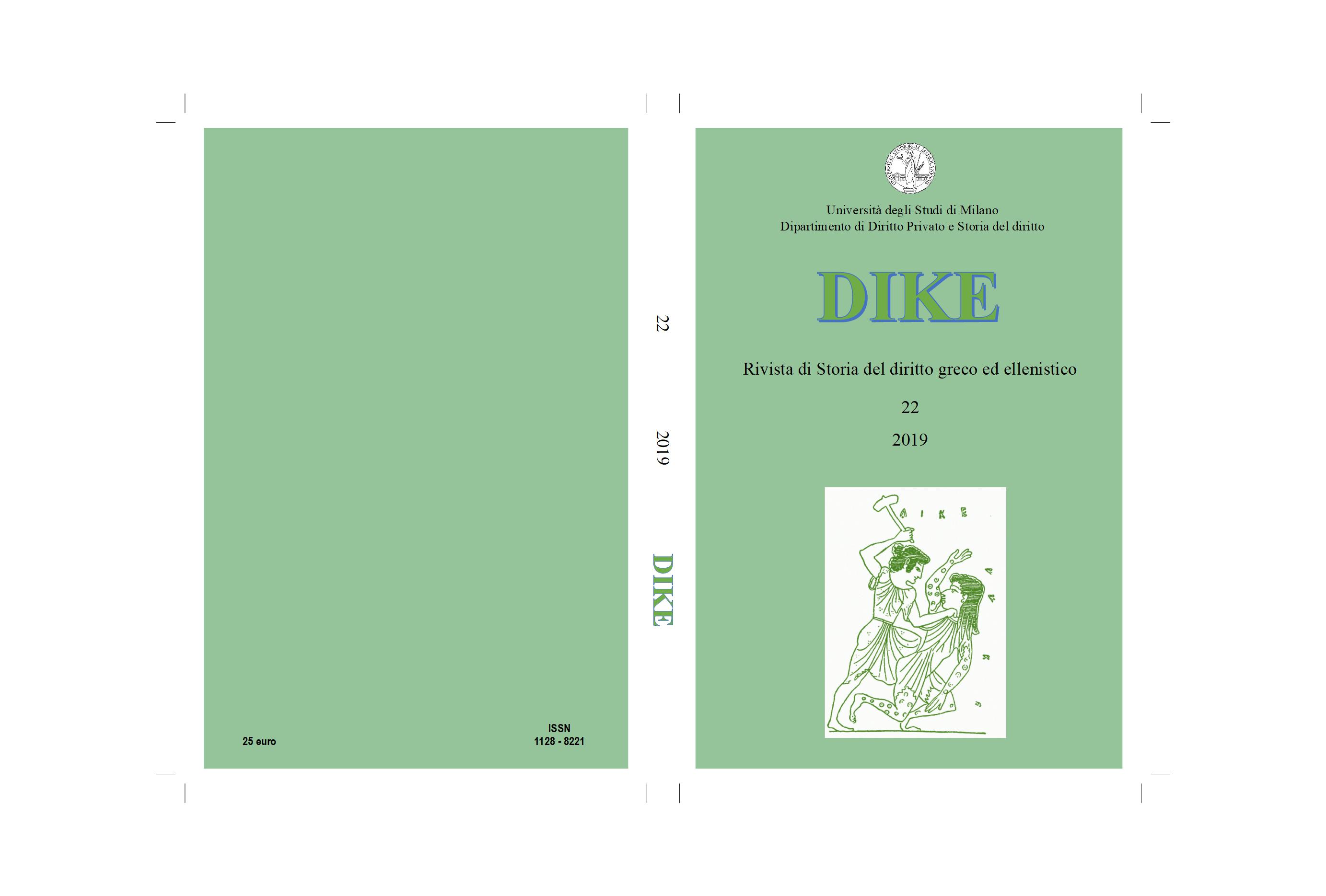