Patterns of Misogyny in Turkey’s Contemporary Political Discourse: An Analysis of the Presidential Speeches

In 2010, R. T. Erdoğan publicly acknowledged that he does not believe in equality between women and men. Following the subsequent general election in 2011, Erdoğan has solidified his power first as Prime Minister and, since August 2014, as the President of Turkey. Thus, his patriarchal and Islamist discourse on women has become stronger and more visible. The more powerful Erdoğan has become, the wider his discourse on women has been appreciated by the society. His discourse has started to reinforce women’s ‘place’ in society both in public and private spheres. This article examines Erdoğan’s speeches between August 2014 and August 2019, focusing on International Women’s Day (8th of March), Mothers’ Day (second Sunday of May), and International Day for the Elimination of Violence Against Women (25th of November) using the framework of ‘Logic of Misogyny’ (Kate Manne 2019) to determine to what extent patterns of misogyny inform Erdoğan’s discourse on women’s rights, equality and agency. In order to deconstruct Erdoğan’s discourse and analyse the relationship between discourse and misogyny, this article adopts feminist critical discourse analysis (FCDA) as the research method. In doing so, the article aims to contribute to the literature on both FCDA and misogyny with a study focusing on Turkey. 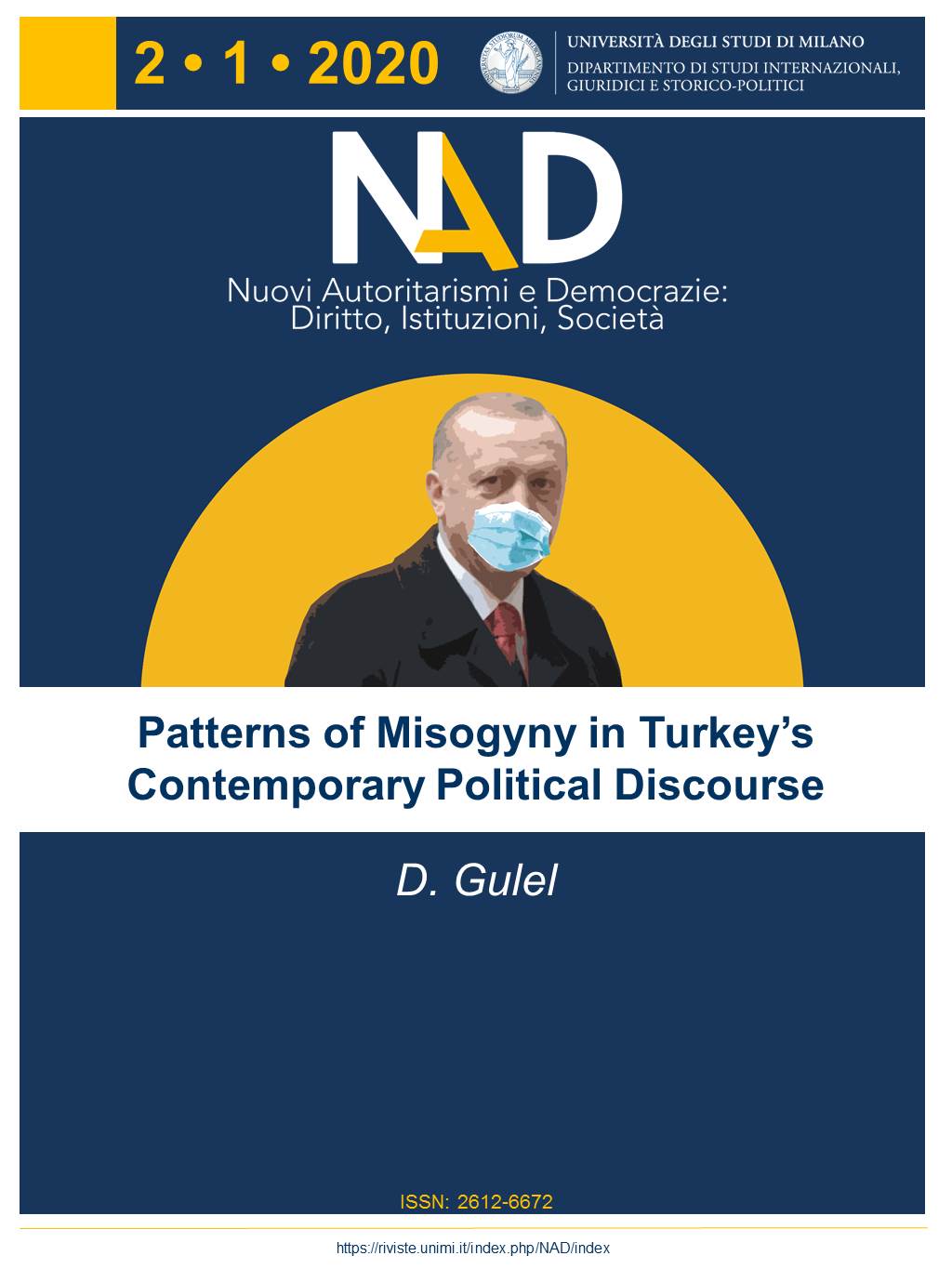