Zimbabwe has experienced a complex colonial history that resulted in heavy legacies on the independent state. The article investigates reasons and characteristics of the political, economic, and social crisis that the country has been going through since 1996. The crisis of legitimacy of the government party and of its president Robert Mugabe ˗ in power since the country’s independence, from 1980 to 2017 ˗ was addressed with the use of rhetorical languages that referred to the building of a new nation, to patriotism. Languages that emphasized the struggle for liberation as well as the myths on the country’s foundation, while contemplating a new nationalism that inherited the harsh anti-colonial struggle. These elements have forged a new dimension of sovereignty and of the national question, which led, among other things, to the restitution by expropriation of the land occupied by the white minority during the colonial period. 2017 sees the end of Mugabe’s government. However, the situation is still uncertain. It is difficult to say if the country has really entered a new phase of its political life. There are still many elements of continuity: history has left a heavy legacy on Zimbabwe’s political future. 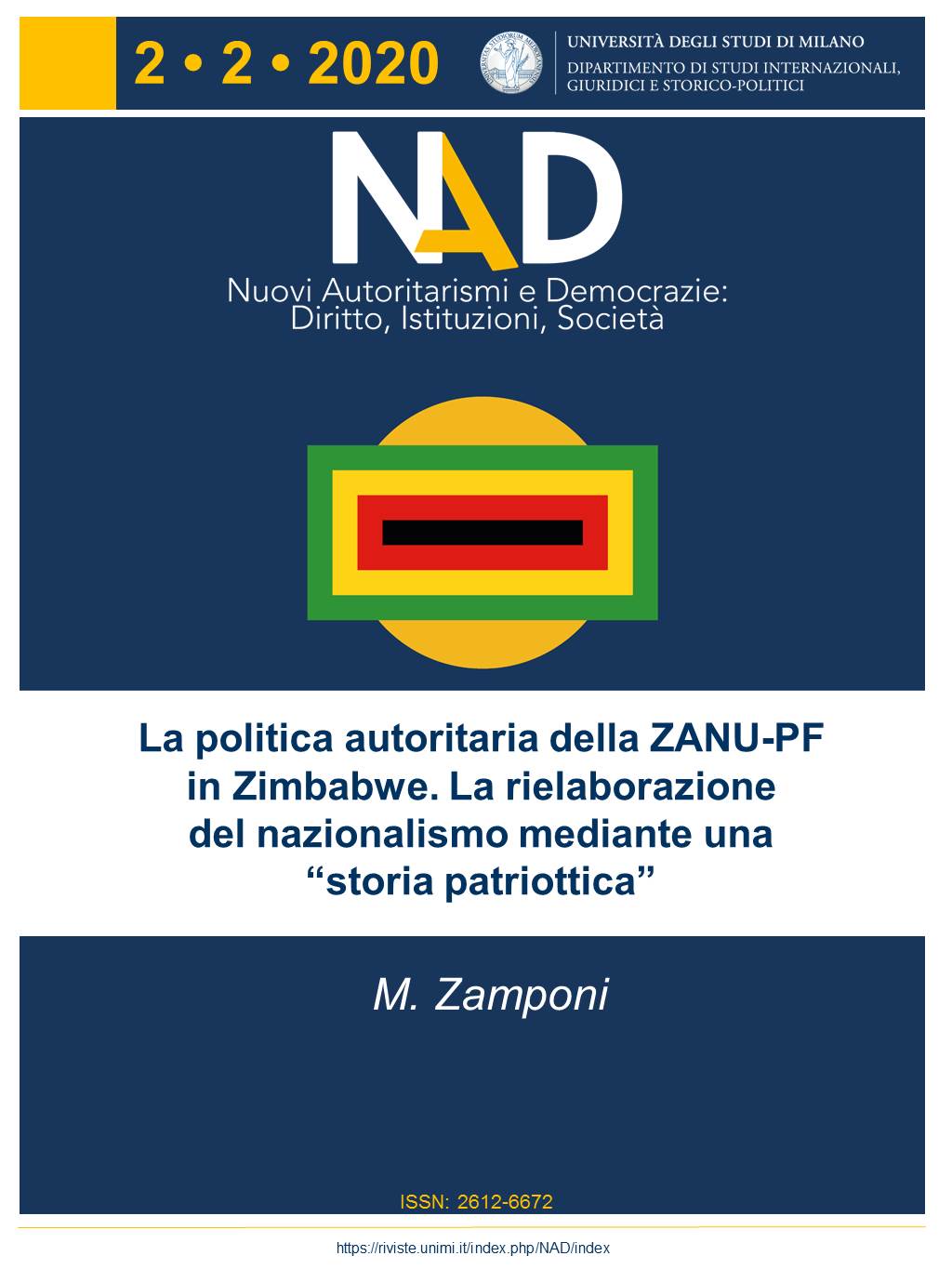