My survey of a range of very well-known documents, although obscure, aims at underlining their monumental aspect, that means their public function.

Firstly I consider the area of Mineo, in the nearby of Palagonia, and the tomb 15 of the Costs of S. Febronia, which is dated to the VII century (VI) BC according to the funerary typology that is typical of the Iron Age, as Laura Maniscalco has shown.

With regard to the inscriptions that are visible from the entry passage of a tomb chamber, a direct comparison can be drawn with those that belong to the Tumulus of the so-called Ginestre di Cerveteri and with the most important inscription of that group, dated to the VII century BC. Another parallel can be made with the tomb Tarquinia 6118, that can be dated to the last decades of the VII century BC. The stele has got an inscription that runs circularly and that is placed in the dromos.

Secondly, I examine two inscriptions coming from Ragusa Ibla, that were published by Paolo Orsi, two hatches of Licodia Eubea, that Libertini knew and Luciano Agostiani has studied in detail.

The Mendolito of Adrano, in particular, turns out to be worthy investigating in order to reconstruct Sicels’culture, as here, differently from other sites, we have evidences from the inhabited area, such as the cippus of Sanfilippo, the inscriptions of the door and the tiles that have been restudied by M. Cultraro, in the light of important italic comparisons. 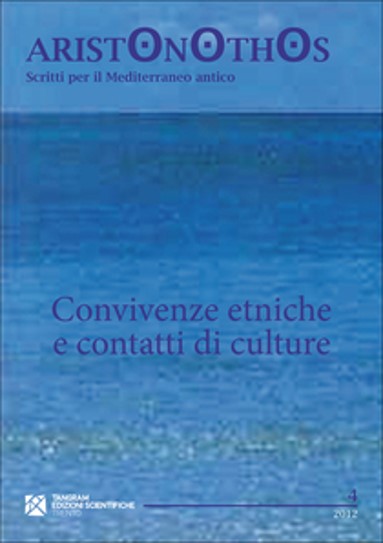 Parte I: Mamerco impara a scrivere