Lipid mobilization, immune function and the paradigm of vitamin E in transition cows.

The number of metabolic disorders that dairy cows have to cope during the transition to lactation can be divided in three main categories. The first category includes disorders related to abnormal energy metabolism (ketosis, fatty liver, acidosis). The second and the third categories include disorders related to mineral metabolism (milk fever) and disorders related directly or indirectly to impaired immune function (mastitis, metritis, retained placenta), respectively. Among the many physiological changes during the transition period, perhaps the most crucial, is an increase in the concentration of plasma non-esterified fatty acids (NEFA). A portion of this increase in NEFA is obligatory and it is under hormonal control while another portion is the result of a situation known as negative energy balance (difference between energy consumed and energy spent). In this presentation I will present data from a collaborative study between the University of Milan and the Agricultural University of Athens which proves that negative correlations exist between blood concentrations of NEFA and β-hydroxybutyrate with α-tocopherol. The adipose tissue contains two main categories of cells: adipocytes and immunocompetent cells mainly monocytes/macrophages. Our research has tested the hypothesis that a cross-talk exists between adipocytes and monocytes/macrophages and this cross-talk is mediated by fatty acids released by adipocytes especially during the transition period. Results indicate that all fatty acids tested (myristic, palmitic, palmitoleic, stearic and oleic) upregulate the expression of numerous pro-inflammatory genes by both monocytes but neutrophils, as well. The longer the carbon chain, the most potent is the effect.  Another hypothesis that we have tested is that vitamin E can interfere and block the cross talk between adipocytes and immunocompetent cells. Against this notion, α-tocopherol does not interfere with the effect of fatty acids on expression of pro-inflammatory genes. Thus, fatty acids compromise the function of two immunocompetent cells. Vitamin E is unable to block this effect. Even though vitamin E is unable to block this unwanted activation of immunocompetent cells, it certainly has a positive role because it helps to restore proper immune function during the transition period and evidence supporting this role will be presented. 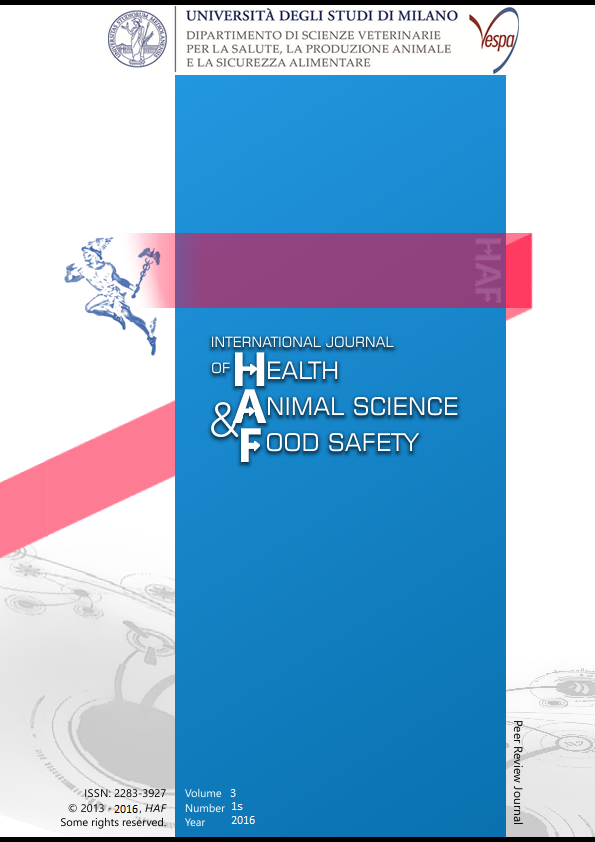 This work is licensed under a Creative Commons Attribution - Noncommercial - No Derivative Works - 3.0 Unported.

Powered by OJS, engineered and maintained by 4Science. Themed and re-engineered by GBM.