Making memory through writing, that is, recomposing one's own personal experience as a victim of state terrorism in many Latin American countries through its literary representation, entails, among many other consequences, considering places and objects, normally belonging to different semantic spheres, within the optic of violence and disappearance. In 2003, Jorge Montealegre published the novel-testimony Frazadas del Estadio Nacional, in which he reconstructs the months spent in captivity, from the first days of Pinochet's coup, in September 28th, 1973, in the National Stadium in Santiago, together with thousands of prisoners, until November of the same year, when the writer was transferred to another clandestine centre, Chacabuco, and then expelled from the country in July 1974. Right from the title, Montealegre's work attributes a connotative value to a public sporting space – the National Stadium – and to an everyday, familiar object – the blanket – in addition to their ordinary significance, turning them into symbols of the traumatic experience of the condition of detainees in clandestine concentration camps. The process of conversion of these two terms, reiterated within the pages of the novel, into signs of identification of the symbolic space of the testimonial discourse is the subject of my intervention. 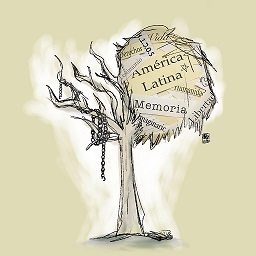