The Alien in Greenwich - Iain Sinclair & the Millennium Dome

This essays looks at Sorry Meniscus Excursions to the Millennium Dome (Profile Books, 1999), by I Sinclair. The book collects two ";;Expeditions to the building site on Bugsby's Marshes";;, made in 1997   and 1999 and commissioned by the London Review of Books. The two resulting essays were published first separately, on the review, and  then in a volume by Profile Books. The booklet is a curious meditation on the metropolis that is the sinclairian life-project, and it focuses on the most recent urban enterprise that can be labelled  as an experiment in selling fake history for a fake political credit, giving voice to a fraud born and thriving in the fairyland of Blair's New Labour. Sinclair's journey also  shows how any urban imagination, when applied to London, tends to become curiously self-directed: it acquires its own life, and, as the creature of Frankenstein, it claims its own right to narrate its story. Sinclair proves to be very good at listening to this story, and even better at re-narrating it, trying not to intrude too much and keeping the voice of the city as clean as possible. And in this case, it is the voice of an alien.

Nicoletta Vallorani, Università degli Studi di Milano
Nicoletta Vallorani is Professor of English Literature and Cultural Studies at the
University of Milan. Her specialisations include media studies, gender studies and
queer studies. She has also worked the cultural and ideological implications of
translation, and on the relation between language and ideology in contemporary
cultures. Her current research focuses on body politics and cultural ideology, the body
and the city, body language, cultural representation and disease. Her work on
J.Conrad, H.G.Wells, Angela Carter, Will Self and Martin Amis is more grounded in the
field of literary studies, while more recent approaches to I.Sinclair, D.Jarman, O.Welles,
T.Harrison, M.Winterbottom reveal a more specific reference to cultural studies’
theories and methods. She has recently published on formula fiction, cinema and
literature, urban topographies, the representation of the body, the representation of war in contemporary British and American cultures. 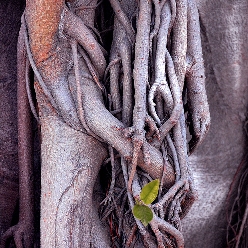