“ALHS! ALHS! Why Are You So OSINT?” Reading Books During Office Hours

This is not a story for people who cannot digest acronyms. Indeed, it is as if the secret
services, generally considered, simply could not do without them. If, as many contend,
in the term “military intelligence” resonates the echo of an oxymoron, acronyms may
undoubtedly reach the practical goal of saving mental and phonetic energy, killing not
less than two birds with a single stone. Applied to secret services and intelligence,
acronyms fulfill a double function: they confer an indisputable aura of scientific dignity
to what they aim at referring to, and they conceal behind a succession of usually eerie
capital letters what they also intend to reveal. 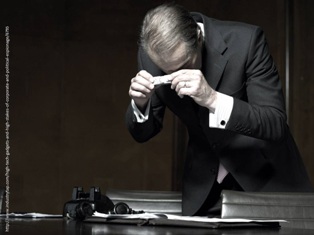