“In hunger for bread, not in thirst for revenge”: Belly, bellum and rebellion in Coriolanus and The Hunger Games trilogy

A play saturated with images of food, eating and being eaten, Coriolanus provides the most thoroughgoing exploration of the hunger paradigm within the Shakespearean corpus. From the very early moments of the tragedy, Shakespeare’s emphasis on hunger as a literal, material condition is paralleled by a probing investigation of the rhetorical and metaphorical dimension of alimentary imagery and its problematic applicability, and actual application, in the political sphere – most notably, in Menenius Agrippa’s fable of the belly, a rhetorical attempt at naturalizing social inequality which however fails to appease the plebeians’ threatened uprising against the Roman aristocracy.

Shakespeare’s politicization of hunger has played a crucial role in securing and shaping Coriolanus’s afterlife. This essay deals with a very recent take on Coriolanus by investigating the Shakespearean palimpsest within Suzanne Collins’s highly popular The Hunger Games trilogy (2008-2010). While unacknowledged by the author and so far unregistered in critical studies of the novels, Collins’s extensive borrowing from Coriolanus across the three instalments of her science fiction adventure amounts to a consistent and comprehensive reframing of Shakespeare’s hunger paradigm, here remoulded into cautionary dystopia about the social and political order of the global era.

Sara Soncini is Lecturer in English Literature at the University of Pisa. Her research has focused mainly on 20th- and 21st-century British and Irish drama, but she has also written extensively on modern-day appropriations of Shakespeare and on Restoration and early 18th-century theatre. She is the author of Playing with(in) the Restoration (1999) and Forms of Conflict: Contemporary Wars on the British Stage (forthcoming 2015). Her edited volumes include Myths of Europe (2007), Crossing Time and Space: Shakespeare Translations in Present-Day Europe (2008) and Shakespeare and Conflict: A European Perspective (2013). 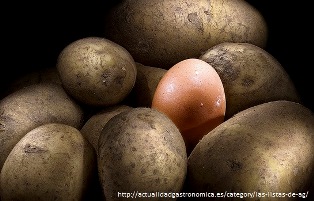