It is interesting for our discourse to focus on Israel, and observe in the same country three realities usually found in two or more different countries. In Israel, the Arabic language is legally admitted as an official language, ; is the target language for the Arab schools; it is spoken by Arabic speakers; in theory, we expect to find it as a foreign language in the curricula of Jewish schools. Effectively the Arabic language in Israel is:

-legally admitted as an official language;

-the target language of Arab schools;

-in theory, offered by the curricula of Jewish schools.

Israel, where Arabic is both mother tongue and foreign language, has not yet decided how to spread and master the competence of this key-language, nor has set clear criteria for the crucial choice between standard or spoken Arabic.
A research carried out by Ibrahim and Peretz (Ibrahim, Peretz 2005) was based on the triangulation standard Arabic- spoken Arabic – Hebrew. With reference to the vehicle of transferring for meanings, it was observed that spoken Arabic works better and faster than standard Arabic and Hebrew, during the processing of input.
All this proves the need to intentionally teach colloquial Arabic and assign to it priority for being ‘the language in use‘, which detains a strongest communicative power.
The Israeli education system remains based on the acquisition of skills in standard Arabic only. It is proved that standard Arabic it is not enough for developing the necessary competence in our students, in Israel as well as in Europe.

Letizia Lombezzi investigates on Arabic dialectology and teaching methods. She is also interested in the current political issues and conflicts of the Middle East. She has been Visiting PhD at The University of Texas-Austin, The American University of Beirut, and the University of Leipzig. Letizia is member of the Association Internationale de Dialectologie Arabe. 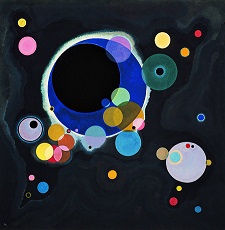