The present Issue of the Academic Journal Materiali di Estetica is devoted to the only one known epistemic Fragment Franz Kafka expressly dedicated to aesthetical questions. Max Brod found it and edited it for the first time in 1965 in the newspaper Die Zeit. The translation we present after 45 years from the one published in the volume Confessioni e diari (1972) is also the first which emends the Italian “psicologico” of 1972 instead of the original “physiological”, an oversight which greatly influences the reception of Kafka’s thought and ideas. Also the concise introduction and comments, with which Brod accompanies his friend’s remarks in 1965, are here translated for the first time. In the Fragment Kafka contrasts and counters Brod’s equivalence of beauty as novelty and, conversely, novelty as beauty. We have gathered scholars of international prestige and fame in order to investigate Kafka’s arguments and style, to analyse them thoroughly and unreservedly, paying due attention to pages which have been forgotten and overlooked in Kafkian studies. 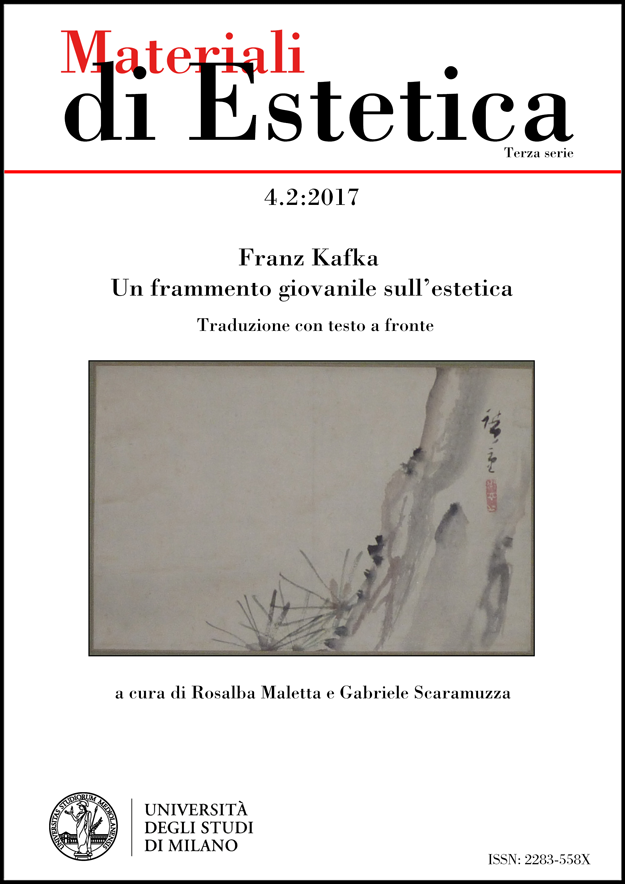