There are swearwords which are considered very offensive and are almost unutterable in many situations and in different languages. One of such words is “motherfucker”, which, nonetheless, is fairly used in American films. Being forbidden in Italian dubbing, the literature claims that audiovisual translators tend to replace it by resorting to alternatives, such as “son of a bitch” and “bastard”. What this paper will explore, is whether such replacement swearwords are used in Italian dubbed films and to what extent. To this aim, a corpus of 24 American films dated from 1977 to 2015 will be implemented and the occurrence rates of the back translations will be analysed. This analysis will firstly highlight that the literature's findings can be confirmed only partly, as the epithet “son of a bitch” is very recurrent (as well as omissions), while the insult “bastard” is almost neglected. Discrepancies in the film ratings will then emerge, as the films composing the corpus are rated R in The United States; whereas they are rated either a sort of NC-13 or G in Italy. Therefore, a further analysis will be mandatory in order to explore divergences in translations, if any, in view of the different film ratings. This analysis will yet confirm the high recurrence to “son of a bitch”; however, it will also highlight that dubbed films rated G are censored pervasively; whereas NC-13 films resort to new translation patterns, albeit on reduced terms.

Patrizia Giampieri has got a Master of Science in Applied Linguistics (Aston University, Birmingham, UK). Since 2014 she has been lecturing English at the University of Macerata, Italy. She has written and published articles on audiovisual translation, such as “AVT in Italy: successes and failures” (Journal of Language Teaching and Research, London: Academy Publication, Vol.7, No.3, Dec. 2016) and “Racial Slurs in Italian Film Dubbing” (Translation and Translanguaging in Multilingual Contexts, Amsterdam: John Benjamins Pub., Vol.3, No.2, May 2017). She is also the author of some ESP books, such as “Business English” (Bologna: Zanichelli 2013); “Legal English” (Milan: Giuffrè 2015), “Inglese per Architetti” [English for Architects] (Brienza: Le Penseur 2016) and “Academic English” (Turin: De Agostini UTET) 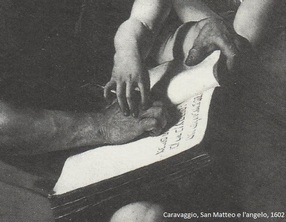