A SAMPLING STRATEGY FOR RECENT AND FOSSIL BRACHIOPODS: SELECTING THE OPTIMAL SHELL SEGMENT FOR GEOCHEMICAL ANALYSES

Recent and fossil brachiopod shells have a long record as biomineral archives for (palaeo)climatic and (palaeo)environmental reconstructions, as they lack or exhibit limited vital effects in their calcite shell and generally are quite resistant to diagenetic alteration. Despite this, only few studies address the issue of identifying the best or optimal part of the shell for geochemical analyses. We investigated the link between ontogeny and geochemical signatures recorded in different parts of the shell. To reach this aim, we analysed the elemental (Ca, Mg, Sr, Na) and stable isotope (δ18O, δ13C) compositions of five recent brachiopod species (Magellania venosa, Liothyrella uva, Aerothyris kerguelensis, Liothyrella neozelanica and Gyphus vitreus), spanning broad geographical and environmental ranges (Chile, Antarctica, Indian Ocean, New Zealand and Italy) and having different shell layer successions (two-layer and three-layer shells). We observed similar patterns in the ventral and dorsal valves of these two groups, but different ontogenetic trends by the two- and three-layer shells in their trace element and stable isotope records. Our investigation led us to conclude that the optimal region to sample for geochemical and isotope analyses is the middle part of the mid-section of the shell, avoiding the primary layer, posterior and anterior parts as well as the outermost part of the secondary layer in recent brachiopods. Also, the outermost and innermost rims of shells should be avoided due to diagenetic impacts on fossil brachiopods. 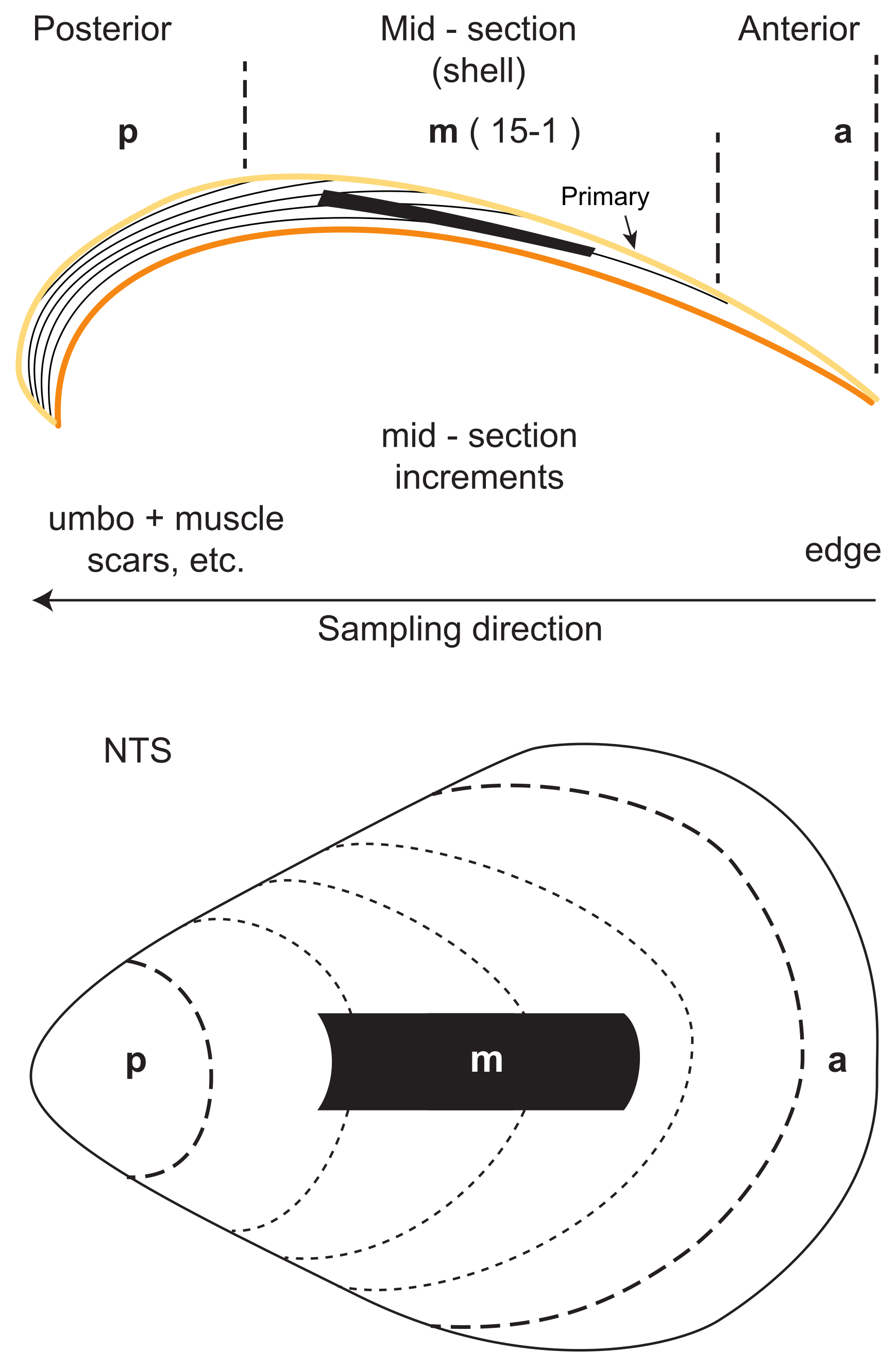