PREDATORS AND PREYS: A CASE HISTORY FOR SAURICHTHYS (COSTASAURICHTHYS) COSTASQUAMOSUS RIEPPEL, 1985 FROM THE LADINIAN OF LOMBARDY (ITALY)

A large specimen of Saurichthys (Costasaurichthys) costasquamosus from the lower Ladinian of the Northern Grigna mountain is described. It is an incomplete specimen, lacking the caudal region, and showing gut content. This latter consists of totally scattered remains of at least two specimens of adult Ctenognathichthys bellottii, a medium size fish quite common in this fossil assemblage. Saurichthys has been always considered an active predator on small fishes, but it cannot be the case for this specimen, with remains in the gut are totally disarticulated and evenly scattered all along the abdomen. Scavenging on floating carcasses is proposed, the hypothesis being also supported by the common preservation of Ctenognathichthys as incomplete individuals. Although the Saurichthys specimen shows some ‘in situ’ disarticulation, caudal region elements are totally missing on the slab yielding the anterior part of the fish. As for other large Saurichthys specimens from the same site, it is supposed that this is the result of a predation by a much larger marine organism, possibly an ichthyosaur. 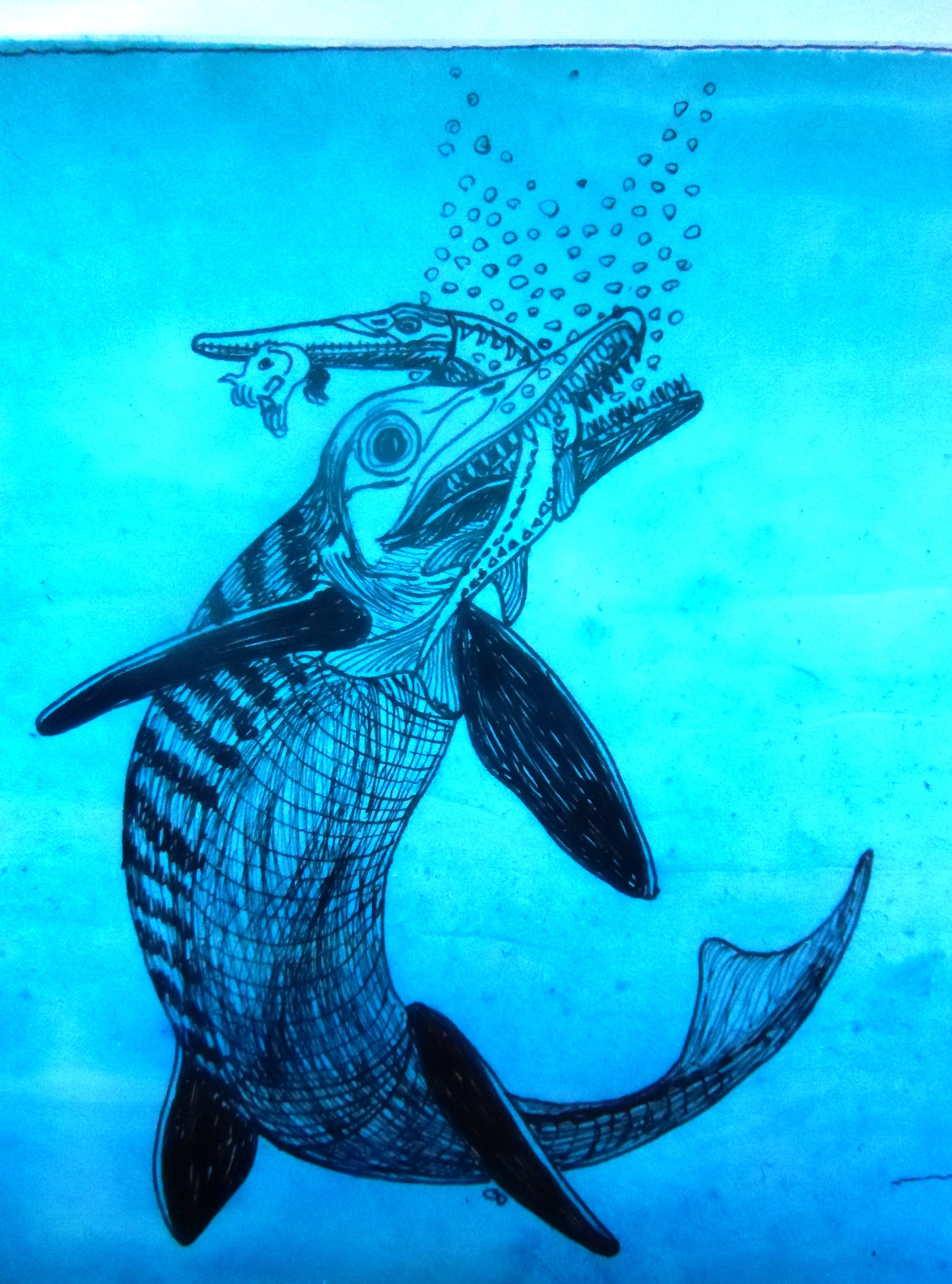