LANTERNFISH OTOLITHS (TELEOSTEI, MYCTOPHIDAE) FROM THE PLIOCENE AND PLEISTOCENE OF JAPAN

Myctophid otoliths are the most common fossil otoliths to be found in Neogene deep water sediments below approximately 200 m depositional depth. The southeastern part of Japan is particularly rich in such locations. Here we describe myctophid otoliths from late Pliocene to early Pleistocene locations on Okinawa, Shikoku and central Honshu and review previous publications. These faunas represent the tropical to subtropical faunal zone, which was established as the “Kakegawa Fauna” based on molluscs. A total of 37 species are recognized by means of otoliths in the family Myctophidae and one in the family Neoscopelidae. Two species are recorded in open nomenclature, 23 as persistent extant species and 12 extinct species, thereof 7 new. The new species are: Diaphus caurus, Diaphus endoi, Diaphus kakegawaensis, Diaphus nafpaktitisi, Diaphus noboriensis, Symbolophorus moriguchii and Notoscopelus praejaponicus. Two very large myctophid otoliths (>8 mm length) from the putative Piacenzian of Fiji are also described, one being a new species - Diaphus grebneffi - representing the largest by far otolith associated with the So-group of species in the genus so far known. The myctophid otolith assemblage is characterized by an abundance of large specimens (>5 mm length) which certainly derived from fully adult fishes and represents the biggest association of its kind described so far from the fossil record of the northern Pacific. Its composition is interpreted for stratigraphic and environmental purposes. The occurrence of a few, rare species with links to coeval finds in the Caribbean exemplify the potential of myctophid otoliths for supraregional biostratigraphic purposes. The comparison of the fossil assemblage with the distribution in the Recent supports the concept of a warm “Kakegawa Fauna” as established by molluscs and at the same time documents that certain tropical species reached further north during the late Pliocene than they do today. 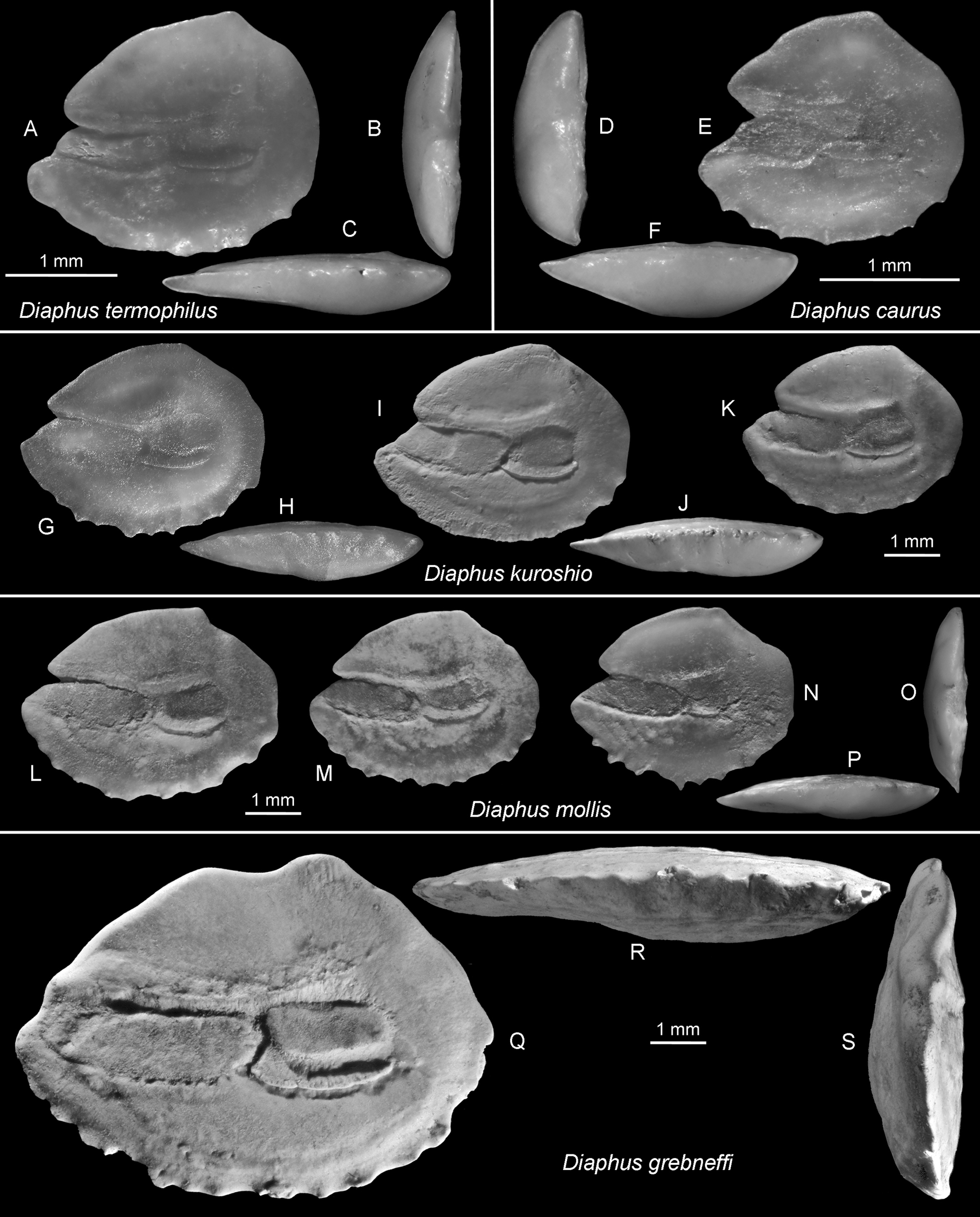