Four sediment cores, drilled at Younga and Ouadrane Sebkhas (Hachichina wetland), were selected for micropalaeontological, sedimentological, geochronological and geochemical investigation coupled to hierarchical cluster and correspondence analysis. Our research aimed at reconstructing the past biodiversity, the Holocene palaeoenvironmental evolution and the responsible forcing. Subsurface sediments record four major phases: i) the first one is characterized by poorly to very poorly sorted silts, the dominance of the lagoonal/estuarine ostracod and the lagoonal/marine foraminifera and high values of terrestrial geochemical element ratios, such as K/Al and Fe/Al, which indicate an estuarine lagoon; ii) two major marine transgressions, TR1 and TR2, allowing the settlement of widely opened lagoons towards 7160-8680 and 5070-5520 cal yr BP, are marked by the enhancement of the marine/brackish ostracods and marine foraminifera, the improvement of species number, individuals number and H and E index values and of the marine element ratios such as Cl/Al and Sr/Al; iii) the opening of the lagoon is hampered by the action of drift currents allowing the genesis of sand spit and the settlement of a closed lagoon, towards 2610-3610 cal yr BP, characterized by the enhancement of lagoonal/estuarine ostracods and lagoonal/marine foraminifera and the increase of the individuals number; iv) the dominance of the lagoonal/estuarine ostracods and the lagoonal/marine foraminifera and the decline of the species number and density mark a brackish lagoon, also characterized by very poorly sorted silts transported by uniform suspension, which evolves to the actual sebkha. This evolution, within a global climate alteration context, from an estuarine environment to the present sebkha passing by an opened lagoon, is linked to the complex hydrographic setting of the sebkhas and of the Ouadrane Wadi outlet discharging in the Hachichina wetland. 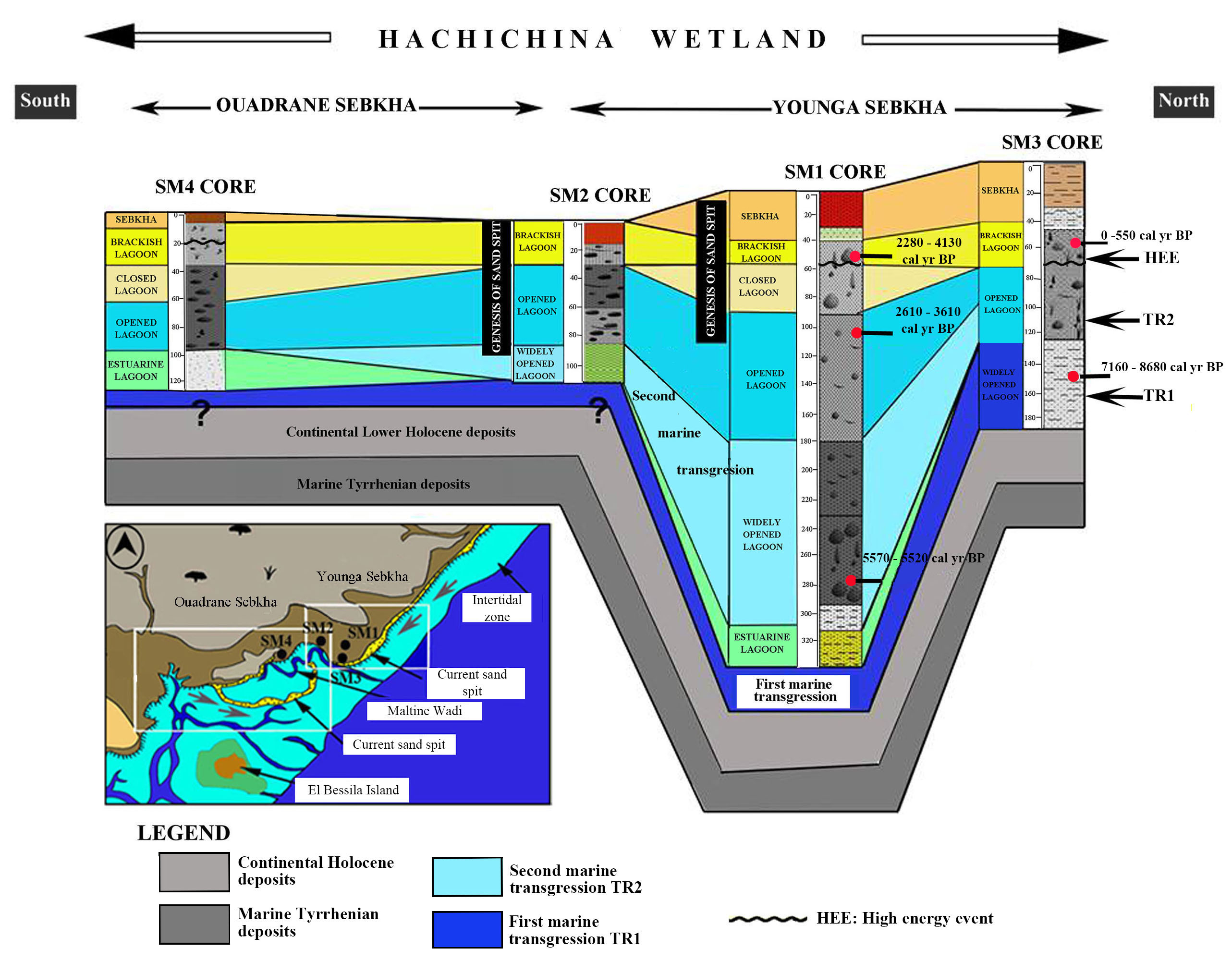