Terebratulides, a minor group in New Zealand and New Caledonian Triassic faunas, become second in prominence only to rhynchonellides in the Jurassic.  In this study, a total of seven genera and twelve species are recognised and eight new species are described.

Lobothyris simesi n. sp. is present throughout the Sinemurian to middle Toarcian.  Loboidothyris fordycei n. sp. is common in the late Sinemurian to Pliensbachian of the Hokonui Hills, and a few specimens are recorded from scattered Pliensbachian-Toarcian localities elsewhere. Zeilleria spiculata MacFarlan and Campbell is found in a narrow zone along the Triassic-Jurassic boundary in the Hokonui Hills. Z. terezowae n. sp. is found throughout most of the Early Jurassic, while Z. recessa n. sp. and Z. sacciformis n. sp. have more restricted ranges.  The Sinemurian Aulacothyris stevensi n. sp. is known from the Hokonui Hills, and the coast north of Marokopa. Two further forms of Aulacothyris are present.

Lobothyris, Aulacothyris and Zeilleria are cosmopolitan and widely distributed. Loboidothyris is also cosmopolitan, but has a Tethyan aspect. Tegulithyris and Rugithyris are Tethyan. Linguithyris is also known from southern Europe, North Africa and western Asia. The highest Early Jurassic brachiopod faunas occur at or just above the Dactylioceras band near Kawhia, which is correlated with the top of the early Toarcian and lies above the Toarcian event in Western Europe. 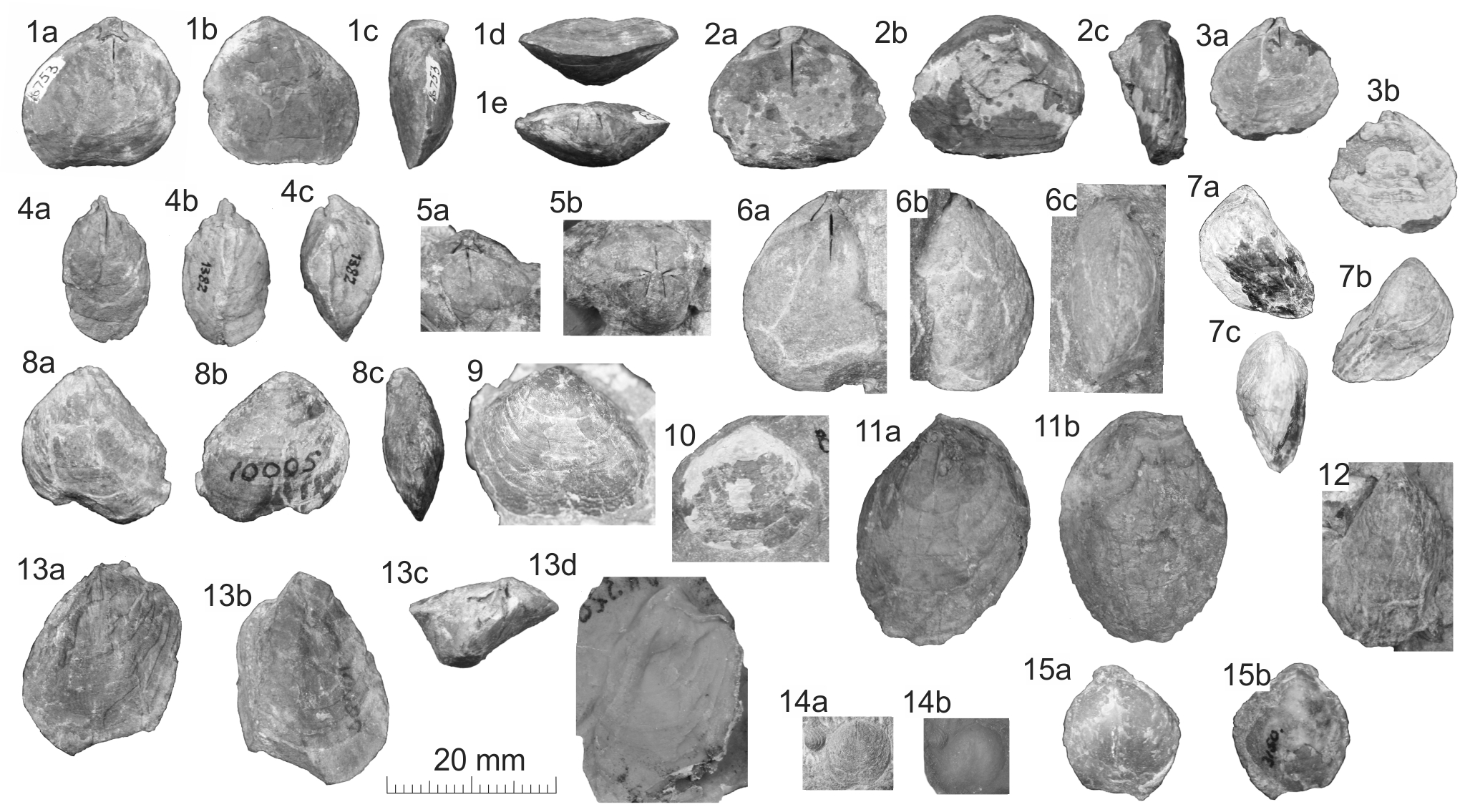