In order to provide quantitative data concerning patterns of shell breakage and repair in rhynchonelliform brachiopods, we studied undisturbed death assemblages from a New Zealand fiord complex where three species of terebratulide and one rhynchonellide occur in dense mixed patches on the near vertical walls. Proportions of damaged (both repaired and non-repaired) individuals varied between both taxa and sampling site. However, the general observation was that few individuals show signs of having been able to repair damage but the proportion of individuals showing unrepaired, and hence presumably fatal, breakages was higher (up to 76% in Magasella sanguinea from one sample from Tricky Cove in Doubtful Sound). Damage was mostly concentrated around the anterior margins and affected both valves and is consistent with having been clamped between a set of either jaws or claws. Potential culprits include fish (wrasse), rock lobsters and echinoids. As yet it is unclear whether the damage results from deliberate feeding activity or as collateral damage from grazers feeding on other organisms on the fiord walls which may allow secondary predation by asteroids. The net effect is, however, the same, in that the damage appears to have been fatal. More structured sampling is now required to understand the spatial variation in this damage and mortality, and also to establish the culprits with more certainty. 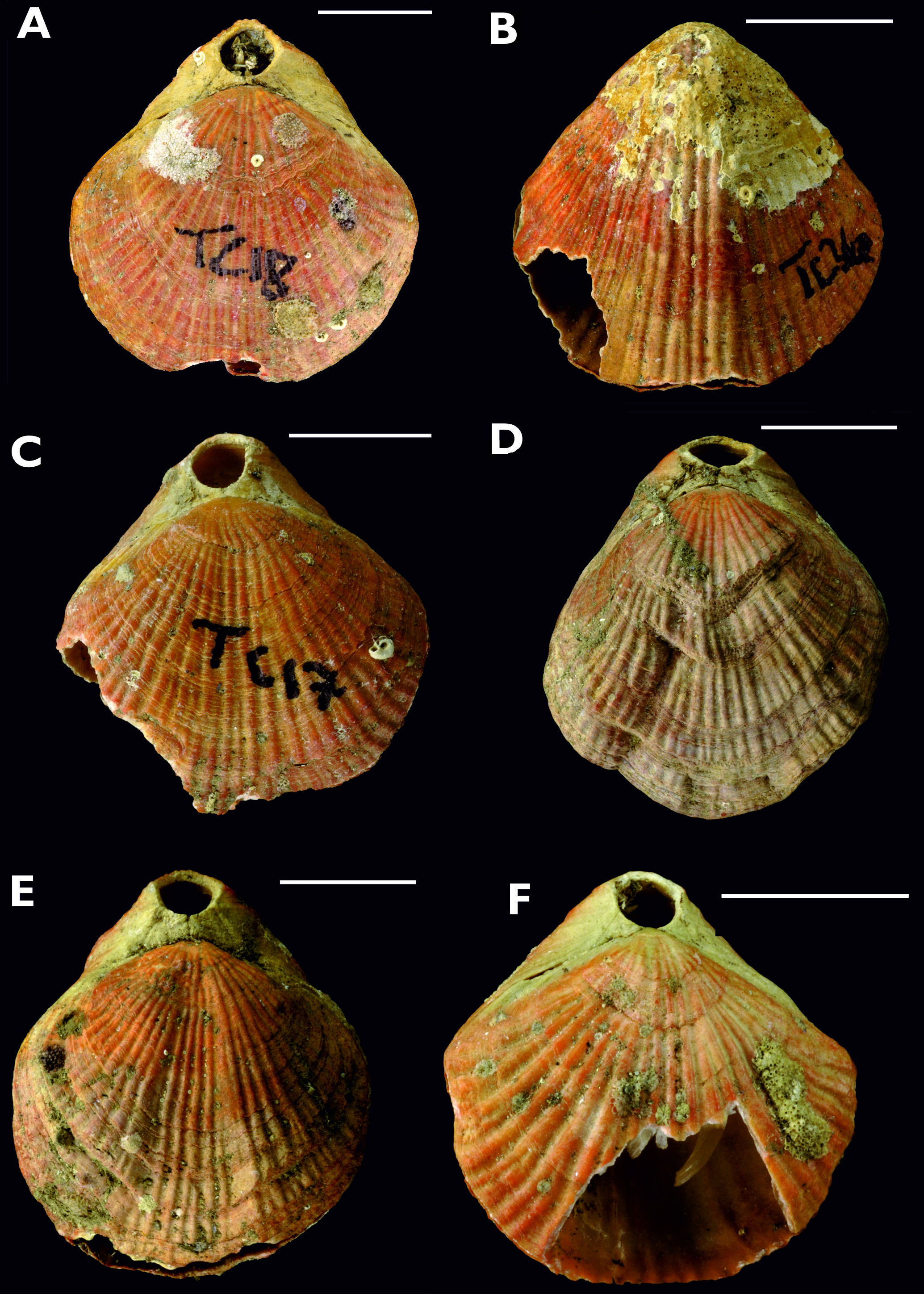