A brachiopod shell bed from the Lower Carboniferous (Serpukhovian) in Guizhou Province of southern China is reported as representing an in situ preserved brachiopod community. The community is characterized by yielding more than 80% complete and articulated specimens preserved in life position and poor size sorting. A new spiriferide species, Weiningia ziyunensis n. sp., is described in the community, which contains the other eight species belonging to six genera. Morphology and preservation analysis of Weiningia ziyunensis n. sp. suggests that it lived in dense clusters attached to living and dead shells and stabilizing its position with thickened posterior shell. Size-frequency distribution and survivorship curve are applied to the population dynamics investigation of this species. Large number of juvenile shells accompanied by high mortality reflects that many juvenile individuals suffered from the limited life space and turbid environment generated by dense clusters. The same high adult mortality is the result of more pressure from neighbors that lead to shell malformation and eventually low feeding and cleaning efficiency, whereas the low senior mortality is attributed to their abilities to cope with these problems. Members of the community show great difference in numeric frequency, with Weiningia ziyunensis n. sp. being one of the dominant species that was characterized by crowded life strategy. By living in dense clusters on Striatifera striata (Fischer de Waldheim, 1837) or other shell fragments, Weiningia ziyunensis n. sp. could resist the water current and gradually expand its population. 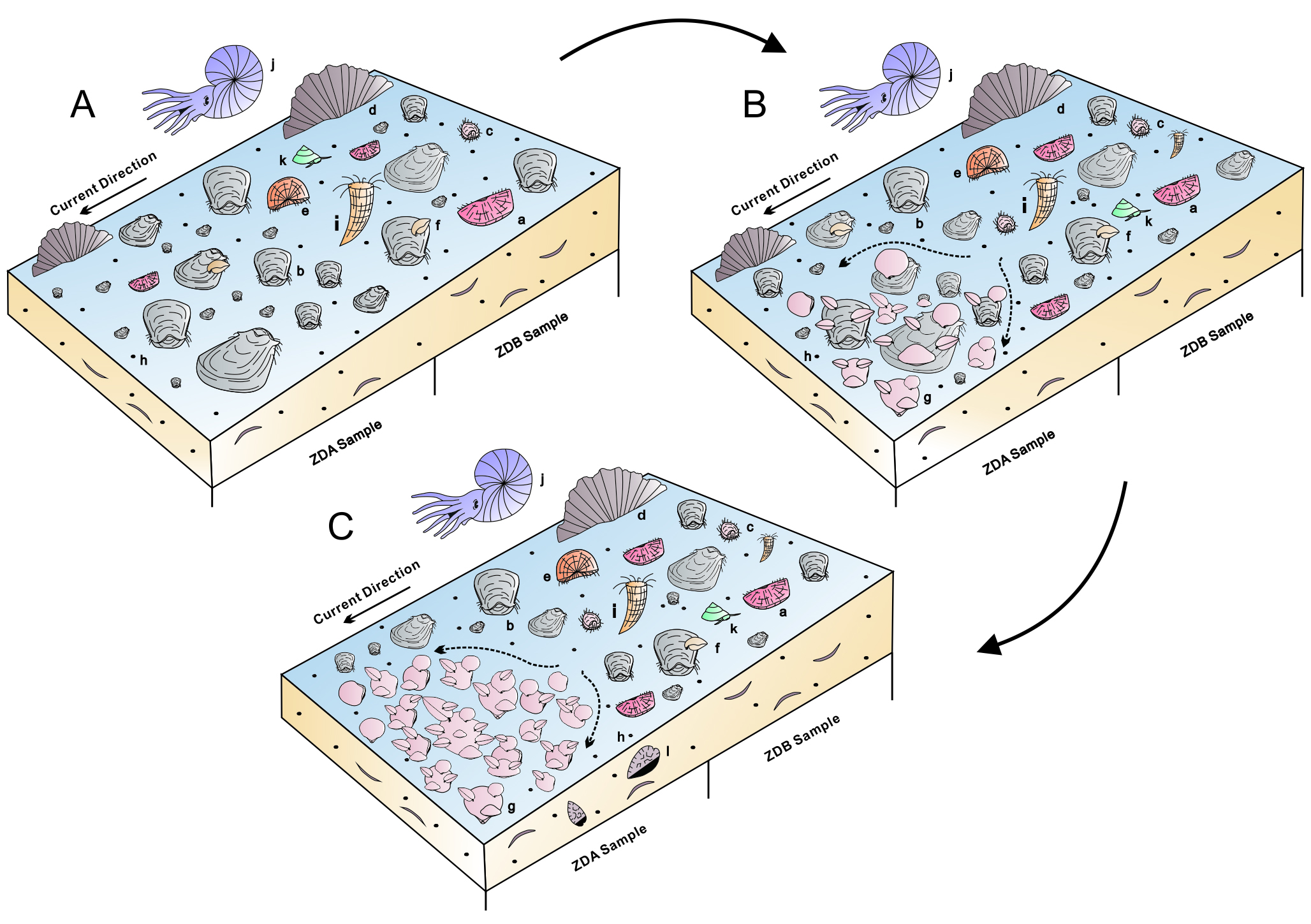