MASS EXTINCTIONS AND CLADE EXTINCTIONS IN THE HISTORY OF BRACHIOPODS: BRIEF REVIEW AND A POST-PALEOZOIC CASE STUDY

Brachiopods are a key group in Phanerozoic marine diversity analyses for their excellent fossil record and distinctive evolutionary history. A genus-level survey of raw diversity trajectories allows the identification of the Brachiopod Big Five, episodes of major genus losses in the phylum which are compared with the established Big Five mass extinctions of Phanerozoic marine invertebrates. The two lists differ in that the end-Cretaceous extinction appears subdued for brachiopods, whereas the mid-Carboniferous is recognized as an event with significant loss of brachiopod genera. At a higher taxonomic level, a review of temporal ranges of rhynchonelliform orders reveals episodes of synchronous termination of multiple orders, here termed clade extinctions. The end-Ordovician, Late Devonian and end-Permian events are registered as both mass extinctions and clade extinctions. The Late Cambrian and the Early Jurassic are identified as the other two clade extinction events. Coincident with the Early Toarcian oceanic anoxic event, the last clade extinction of brachiopods is defined by the disappearance of the last two spire-bearing orders, Athyridida and Spiriferinida. Their diversity trajectory through the recovery after the end-Permian crisis parallels that of the extant terebratulides and rhynchonellides until a Late Triassic peak but diverge afterwards. The end-Triassic diversity decline and Toarcian vanishing of spire-bearers correspond with contraction in their spatial distribution. The observed patterns and extinction selectivity may be explained both ecologically and physiologically. The specialized adaptation of morphologically diverse spire-bearers, as well as their fixed lophophore and passive feeding put them at a disadvantage at times of environmental crises, manifest in their end-Triassic near-extinction and Toarcian demise. Similar analyses of other clade extinctions may further improve our understanding of drivers and processes of extinction. 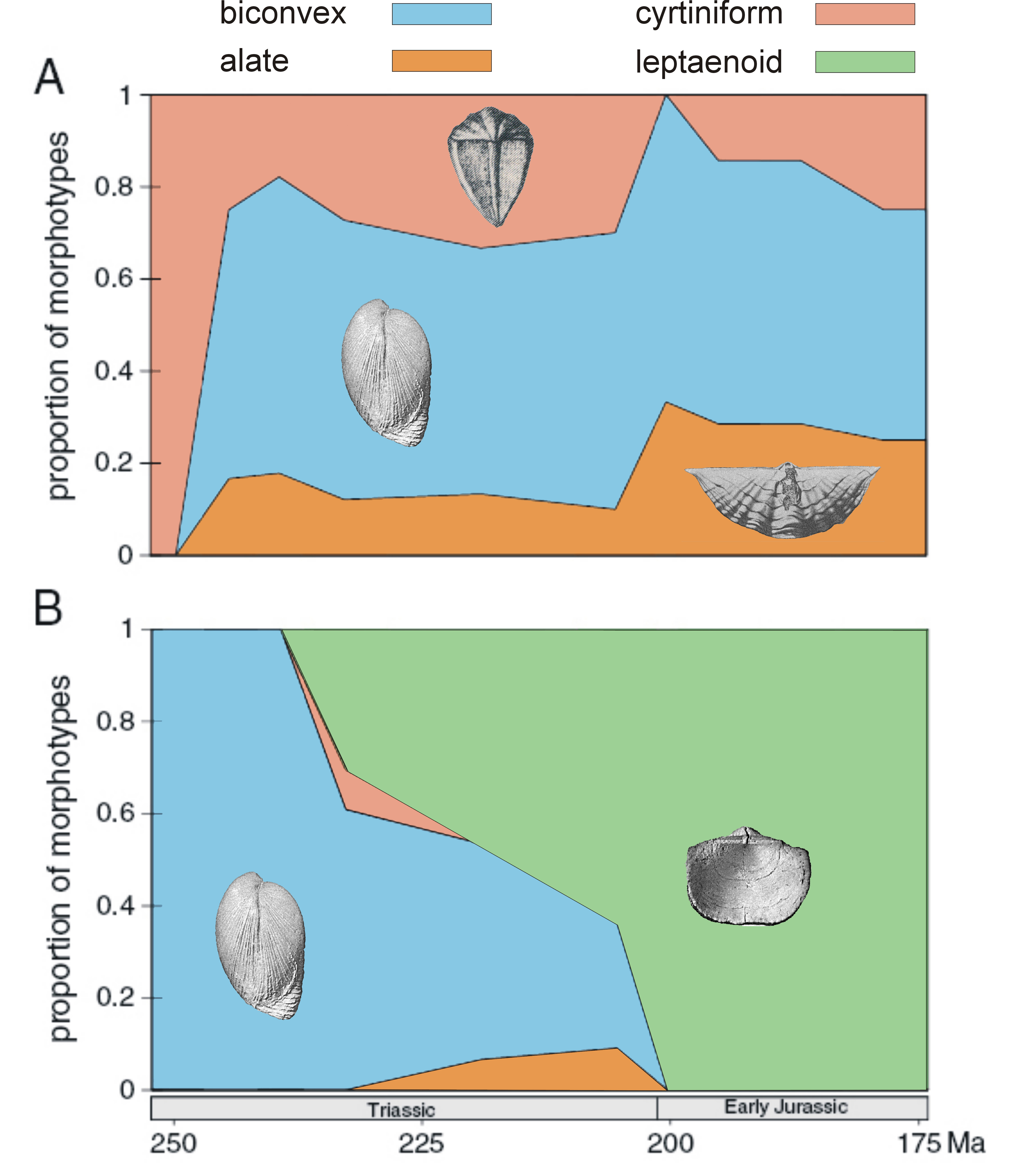