The Eurydesma Fauna characterizes the Late Pennsylvanian-Permian glacial-postglacial sediments recorded in several Gondwanan basins during the Late Paleozoic Ice Age (LPIA). Brachiopods, as one the most significant components of this fauna, are herein analyzed along with the associated bivalves, in two key sections from western and eastern Gondwana (Bonete Formation in the Sauce Grande Basin, eastern Argentina, and the Wasp Head Formation in the southern Sydney Basin, eastern Australia). The preliminary quantitative analysis indicates a high compositional similarity in both regions but occupancy exhibits important differences: brachiopod-dominated faunas can be found in eastern Australia (Tomiopsis and Trigonotreta are the most frequent taxa), and bivalve-dominated faunas are characteristic in eastern Argentina, where the brachiopods are poorly represented with the genera Tivertonia and Tomiopsis. In this locality, the development of r-strategy taxa, such as the bivalve Eurydesma, during the end of a glacial episode would adversely affect brachiopods’ abundance. This is also consistent with previous studies that indicate that brachiopods already showed a decrease in importance in Pennsylvanian communities from Argentina. Relative abundances of brachiopods and bivalves in both localities may reflect differences in the regional environmental conditions but, unfortunately, eastern Argentina lacks younger records to compare the faunal turnover with that of the Australian sequences. Despite the ecological structural differences identified (i.e. brachiopod:bivalve ratio), the postglacial Eurydesma fauna flourished in western and eastern Gondwana and it is striking that two faunas located on the opposite margins of this paleocontinent show such high compositional similarity during the development of a global postglacial event. This is particularly significant considering that the type of the basins (i.e. restricted vs open basins), biological features, paleoenvironmental conditions directly related to glacial dynamics, and also the diachronism of the transgression, can be controlling the composition of this fauna. 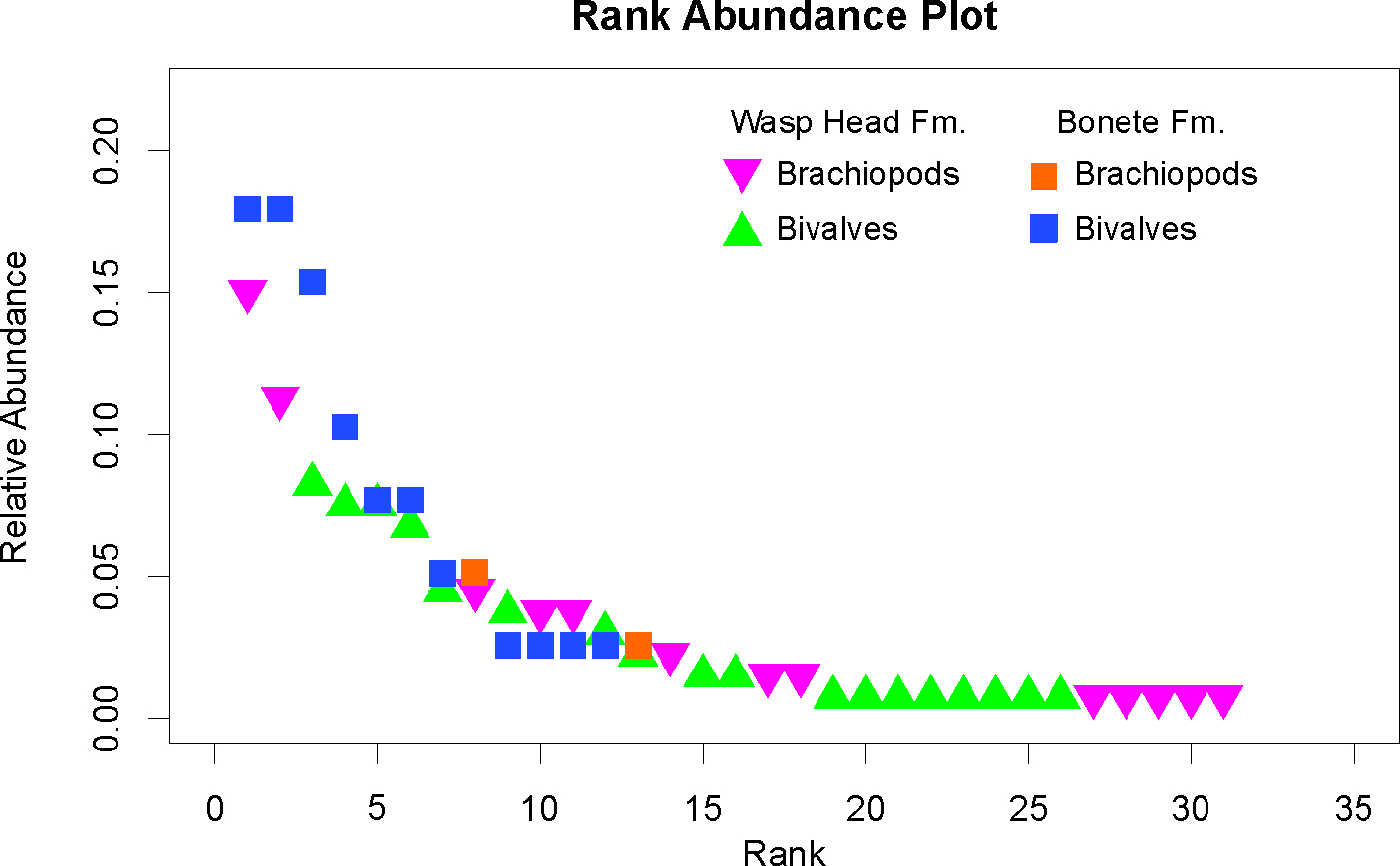