The fossil record of dragonfly relatives (Odonatoptera) dates back to the Carboniferous, yet knowledge about these extinct animals is meagre. For most of the species little is known except for the characteristics of the wing venation. As a result, it is difficult to include fossil larvae in a (wing character based) phylogenetic tree as the wing venation is not visible in most of the larval instars.

Two larval specimens from Cretaceous Burmese amber are in the focus of this study. The two specimens likely represent two subsequent early stage larval instars of the same individual. Not only is this an exceptional case to study ontogenetic processes in fossils – the larval instars are morphologically completely different from all known larvae of Odonata with respect to the posterior abdominal region. Therefore, besides the difficulties regarding the phylogenetic interpretation and though all Burmese amber odonatans are known from adults only, a new species – Arcanodraco filicauda n. sp. – is formally described.

Aside from likely representing a new species, the morphology of the posterior abdominal region is highly informative for reconstructing the character evolution within the lineage towards modern dragonflies and damselflies. A long median process in both of the fossils meets all criteria to be interpreted as a terminal filum (structure or derivative of tergite of abdominal segment 11, annulated in one of the specimens). Although the exact phylogenetic affinity of Arcanodraco filicauda n. sp. remains enigmatic, the presence of a larval terminal filum can be reconstructed for the ground pattern of Odonatoptera (including its direct stem lineage). 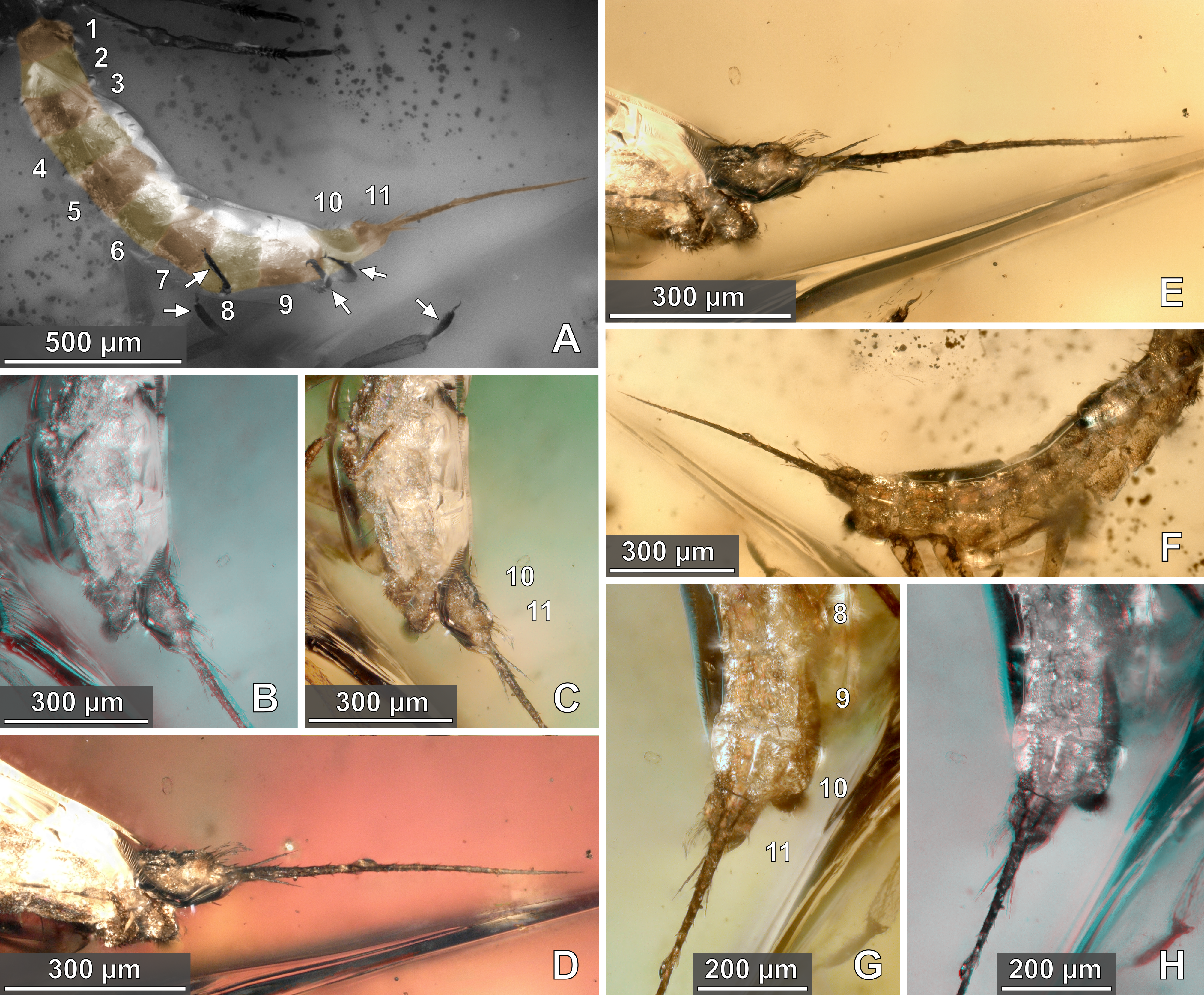