Hippopotamidae are a group of large-sized mammals of interest for testing evolutionary traits in time and space. Variation in skull shape within Hippopotamidae is here investigated by means of shape analysis (Geometric Morphometrics) and modern statistical approaches. Two-dimensional shape analysis is applied to dorsal and lateral views of extant and extinct Hippopotamidae species sufficiently preserved to allow their morphology to be captured by landmark and semi-landmark digitization. The results show that Hippopotamus gorgops and H. antiquus display similar shapes, while Hexaprotodon palaeindicus falls within the morphospace occupied by H. amphibius, suggesting similar morphology. The cranial shape of the Sicilian hippopotamus (H. pentlandi) still resembles that of H. amphibius in lateral view, suggesting that adaptation to the insular domain was yet not fully attained. Madagascan hippopotamuses (H. madagascariensis and H. lemerlei) are close to the pygmy hippo, Choeropsis liberiensis, in PC1 values; nevertheless, the cranial shape of the Madagascan hippos seems not to be closely related to the cranial shape of C. liberiensis. Despite the morphological convergences within the group, while cranial shape in Hippopotamidae is phylogenetically structured, this does not hold for size. Although further investigations are needed to test the influence of ecological and palaeoecological parameters on the general shape to provide additional information for understanding Hippopotamidae evolution and adaptation, the present study provides an insight into the evolutionary framework of Hippopotamidae. 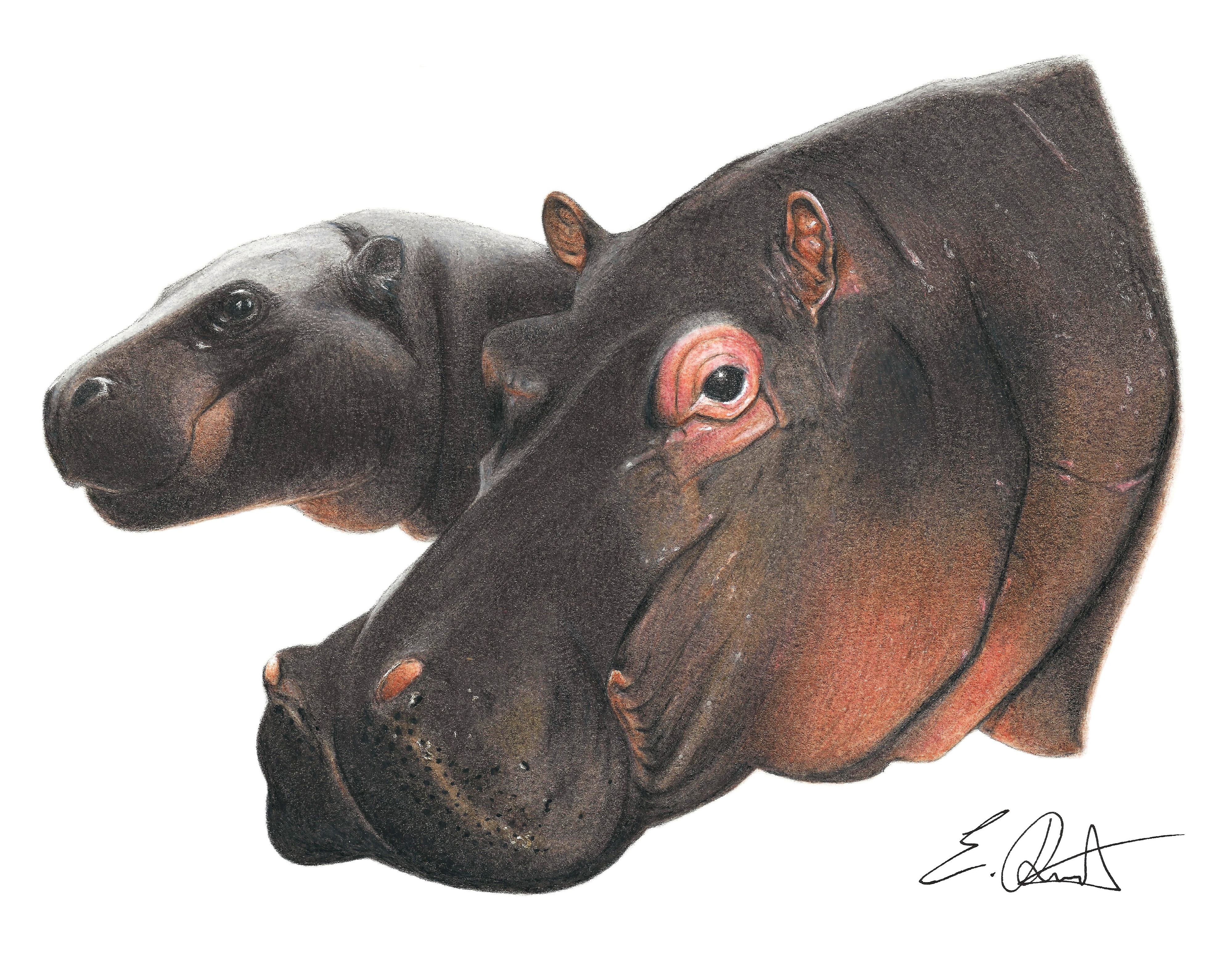