This paper reports the results of a stratigraphic revision of the Ait Kandoula Formation exposed in the western Ouarzazate Basin (Middle Miocene-Lower Pliocene, Southern Morocco). This formation is part of the upper Eocene-Quaternary continental Imerhane Group considered to record the main stage in the building of the Central High Atlas (CHA) under a regime of tectonic inversion of Mesozoic rifted basins. The development of this chain during the late Cenozoic generated a south-verging structural front and the related Ait Kandoula and Ait Seddrat sub-basins facing the wider Ouarzazate foreland basin. The revision of the Ait Kandoula Formation, occurring in both the Ouarzazate Basin and Ait Kandoula sub-basin, was carried out through new field observations, remote sensing and exploiting the distribution and the biochronologic range of fossil micro- and macro-vertebrate associations available from previous studies. In the western Ouarzazate Basin four stratigraphic-depositional sub-units (AK1-4) were distinguished in this formation, attesting to the development of a fluvio-lacustrine setting. This was strongly influenced by the syn-depositional deformation of the growing southern front of the CHA and by the episodic activity of shear zones oriented transversally to this front. The chronostratigraphic constraint provided by the mammal assemblages and by their magnetostratigraphic calibration, suggests a five-stage scenario for the tectono-sedimentary development of this actively deforming front and its related foreland and satellite depocentres between the Middle Miocene and the Early Pliocene. In the proposed reconstruction, the interplay of front-parallel thrust faults and front-transverse shear zones controlled the fluvial supply to the Ouarzazate Basin and later on the activation of the Ait Kandoula sub-basin. 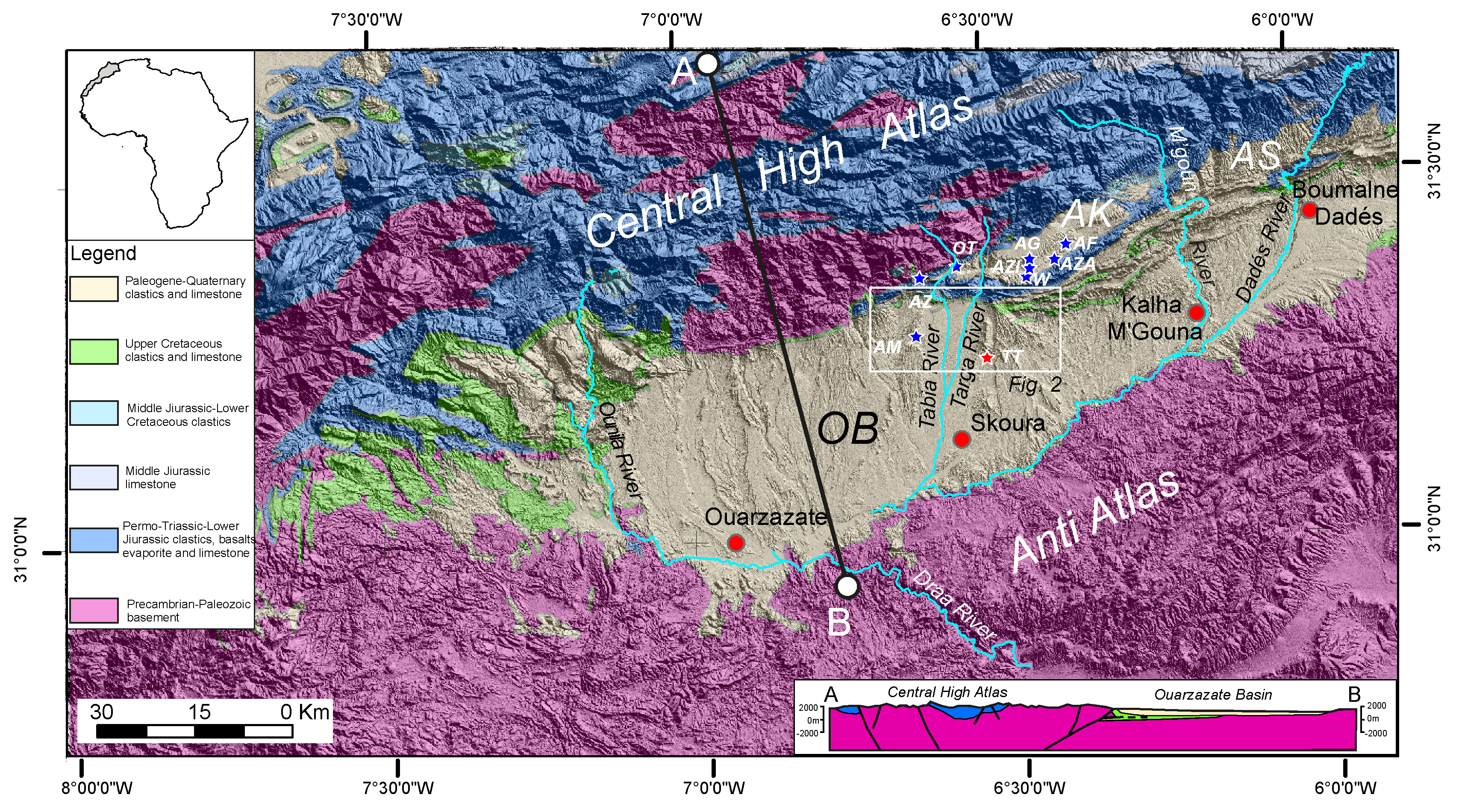