The partial skeleton of a small tetrapod, collected from the lower Buchenstein Formation (uppermost Illyrian, Anisian Middle Triassic) of Piz da Peres (Northern Dolomites, Italy) is described. Incomplete ossification of some bones indicate that the specimen is a juvenile. Its absolute size and proportions, along with several skeletal structures show striking similarities with a juvenile specimen of Eusaurosphargis dalsassoi from the slightly younger Prosanto Formation (Switzerland), a taxon known also from the Anisian/Ladinian Besano Formation (Italy and Switzerland). The finding may suggest that during the middle-late Anisian the basins of the Northern Dolomites, of the Besano Formation and Prosanto Formation shared not only several taxa of fishes but also the emerged lands nearby had a similar reptilian fauna. 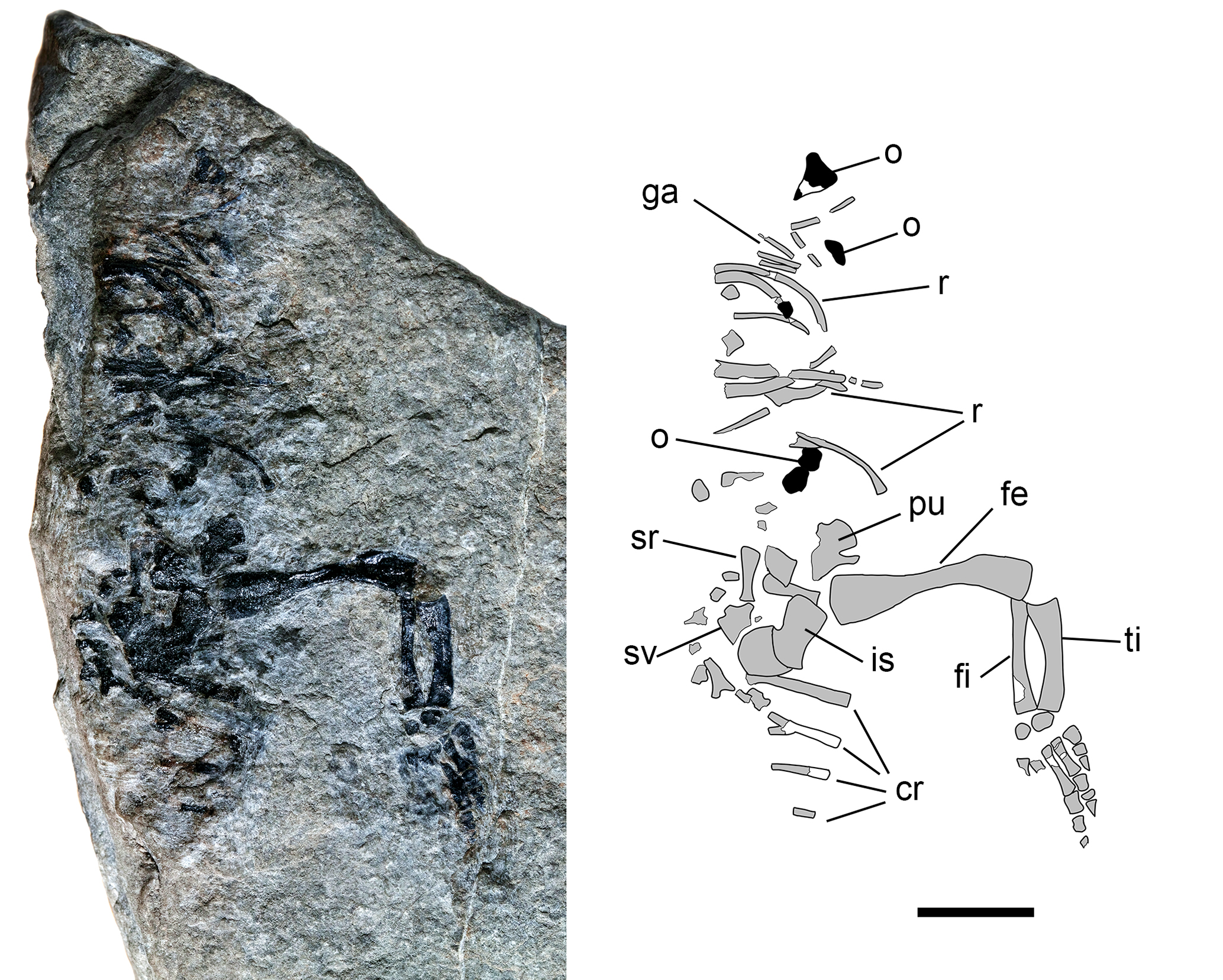