Analysis of the foraminiferal assemblages of the Chari Formation (Middle-Upper Jurassic transition) exposed at Ler Dome, Kutch Basin (India) allows one to interpret the incidence of different environmental parameters, especially the effect of sea-level changes in this group of microorganisms. The overall deposition of the Chari Formation took place in an open marine environment in the middle to outer shelf, having normal salinity and well-oxygenated bottom waters according to the lithofacies and the composition of the foraminiferal and macroinvertebrate assemblages. Changes in the diversity, abundance of foraminifera, and proportion of specialist forms were associated mainly with the availability of labile organic matter on the sea floor. The changes in trophic resources were associated with fluctuations in the type of sedimentation, which ranges from carbonates to siltstones and sandstones. During the regressive phase, a relatively high input of food resources, probably phytodetritus, was associated with siliciclastic sedimentation and commonly related with increased abundance and diversity of foraminifera, including specialist forms. During the transgressive phase, the influx of food resources from emerged areas and shallow environments decreased; sedimentation was more calcareous, with an accumulation of ammonoid shells that indicates hemipelagic conditions. The decrease in food resources for benthic foraminifera is reflected by a lesser diversity and abundance, and lower proportions of specialist foraminifera. 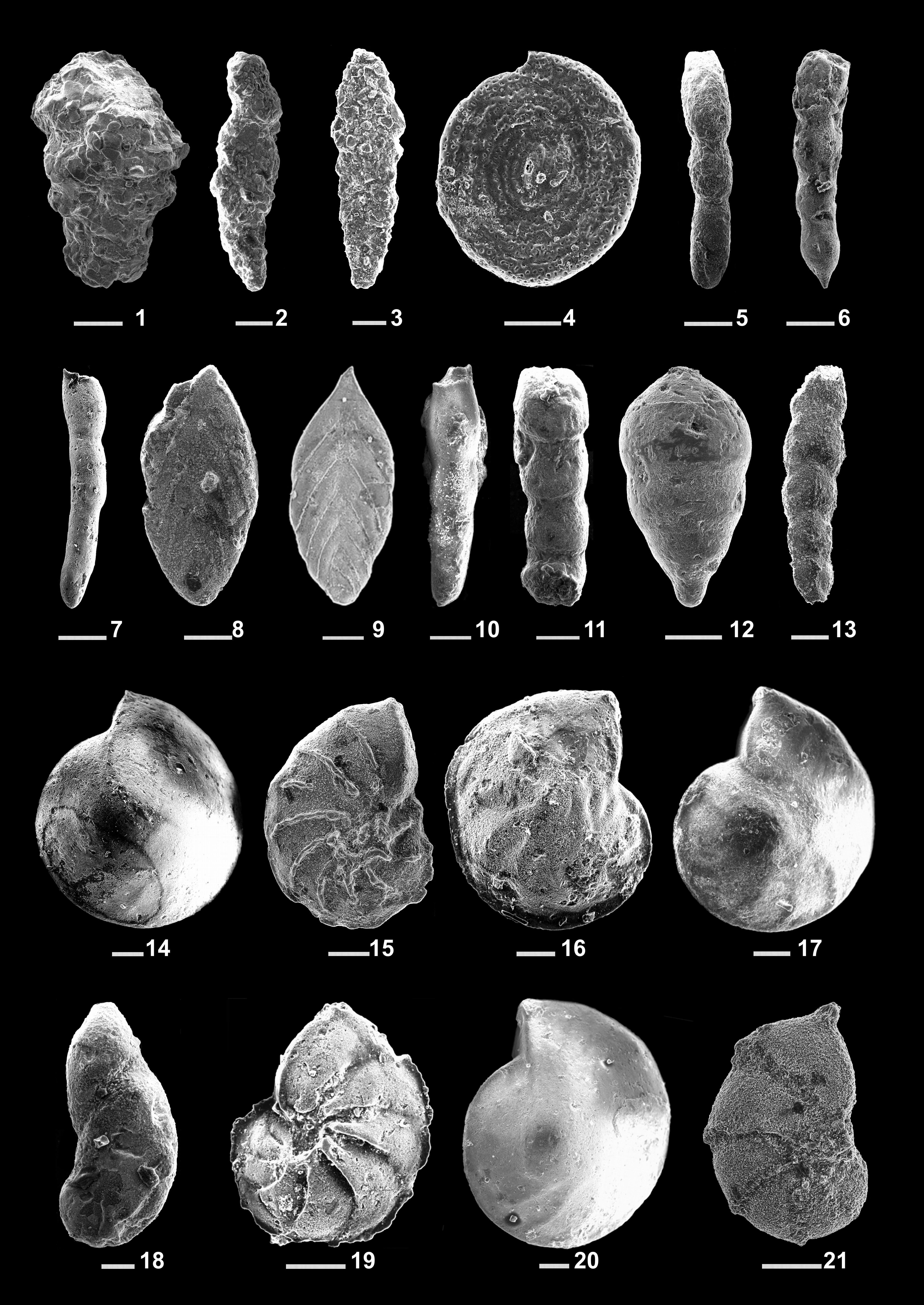