New Anisian to Ladinian palynology, palynofacies and stable carbon isotope records are reported for the Middle Triassic from deep Swiss wells (Weiach, Benken, Leuggern), well B3/13 (Weizen, S-Germany) and the type area of the Freudenstadt Formation in southern Germany.

A wide spectrum of moderately to well-preserved palynomorphs represent a high Middle Triassic plant diversity. Based on the distribution of diverse spore-pollen assemblages five Anisian Palynozones (A–E) and two Ladinian ones (F, G) are differentiated. Throughout these Palynozones the occurrence of spores and pollen, assigned to plant groups so far known only from the Palaeozoic, shed a new light on the evolution of plant assemblages during the Triassic. The comparison of Palynozones A–G with palynostratigraphic schemes from the central part of the Germanic Basin and from the Tethyan realm demonstrate the regional variability of marker species ranges – especially for the Anisian.

n agreement with the lithological record, two prominent transgressive events (Lower Muschelkalk, Upper Muschelkalk) are indicated by increased abundances of marine particulate organic matter in palynofacies data. Marginal marine influence is documented at the base of the studied interval, comprising the Buntsandstein and the base of the Lower Muschelkalk. Carbonate carbon isotopes data show a negative shift at the boundary between lower and middle Muschelkalk. Coincidently, a prominent change in relative abundances of climate-sensitive plant groups (e.g. Triadispora spp. vs. Pteridophytes) indicate a change to relatively dryer climatic conditions during the middle Muschelkalk. 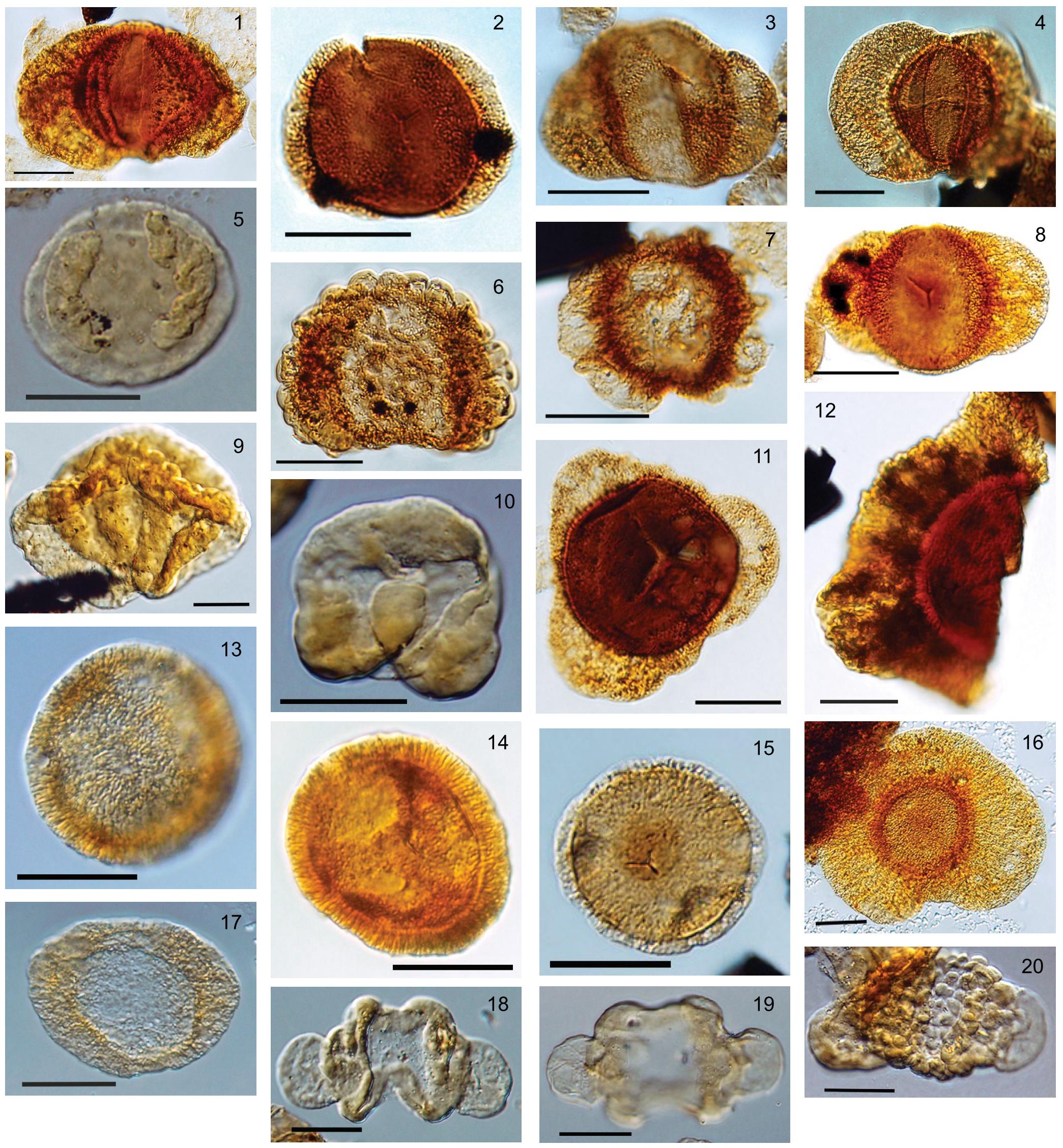