CHRONOLOGY OF THE MESSINIAN EVENTS IN THE NORTHERNMOST PART OF THE MEDITERRANEAN: THE GOVONE SECTION (PIEDMONT BASIN, NW ITALY)

In marginal Mediterranean sub-basins the first phase of the Messinian salinity crisis (MSC) is recorded by primary sulfate evaporites (Primary Lower Gypsum unit); in deeper settings, the gypsum makes lateral transition into shales and marls usually barren of calcareous fossils that can hamper the identification of the MSC onset. The Govone section (Piedmont Basin, NW Italy) represents an opportunity to examine in detail the pre-MSC interval and the transition to the first stage of the MSC in a relatively deep marginal basin in the northernmost sector of the Mediterranean. We provide herein an age model for the Govone section, based on an integrated stratigraphic study, including cycloctratigraphy, magnetostratigraphy and micropaleontology (foraminifera and calcareous nannofossils) of the pre-MSC interval and the transition to the MSC. Chron C3An.1n has not been recognized in the study succession, most likely due to early diagenetic processes. Thus, the last occurrence of Turborotalita multiloba occurring two lithological cycles above the second influx of G. scitula, is the event that best approximate the MSC onset and is consistently recorded across the Piedmont Basin, with higher abundance respect to coeval Mediterranean successions. The calibration of the lithological cyclicity by means of these two bioevents allowed to recognize that, unlike other Mediterranean sections, the disappearance of calcareous microfossils occurs before the MSC onset, probably, in response of diagenetic processes favouring the dissolution of calcareous shells. 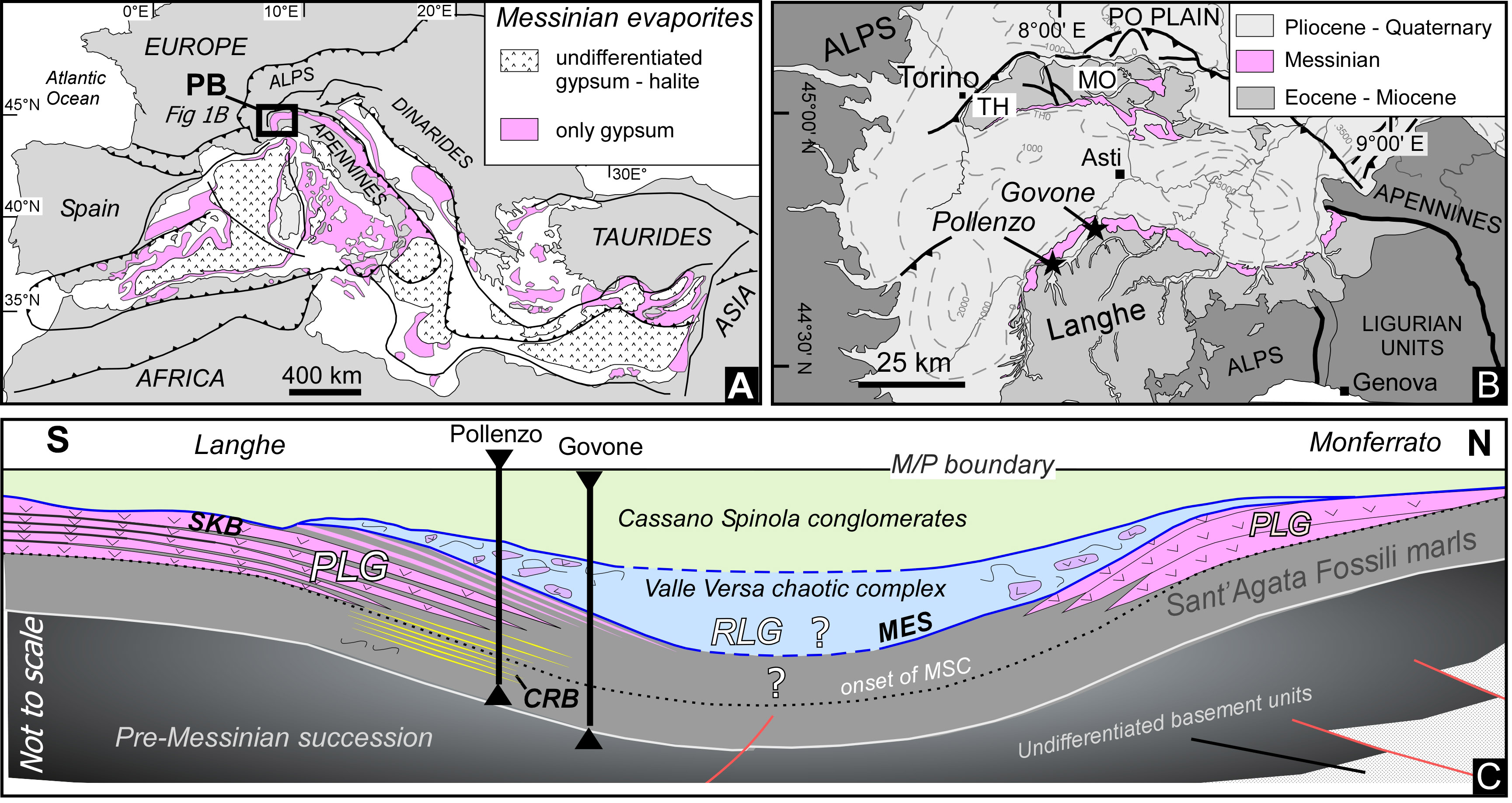