In 2016, two fossil marine reptiles were re-discovered in the collections of the Museo Civico di Storia Naturale di Verona. Originally recovered near Asiago, Vicenza province (northern Italy) from an outcrop of the Rosso Ammonitico Veronese Fm. (Middle-Upper Jurassic), they were never described. Morphological analysis carried out under UV-light allowed enhancing contrast with the surrounding matrix and better identifying some anatomical details. Both specimens consist of partially articulated postcranial elements from two distinct ichthyosaurs, including vertebrae, ribs, and some fragmentary elements of the appendicular skeleton. The first specimen V7101 is here tentatively assigned to Ophthalmosauridae based on a combination of features shared with other taxa in this family, such as the regionalization of the vertebral column. Taphonomical analysis suggests a long exposure of the carcass on the sea floor before burial; two teeth of the hexanchiform shark Notidanodon found near the ribcage could indicate scavenging. An ichthyosaur tooth most probably not belonging to the same specimen was found stuck on a rib and can also be attributed to scavenging – the first ever record of this interaction between two ichthyosaurs. The second specimen V7102 is represented by a poorly preserved partial vertebral column and is here referred to Ichthyosauria indet. due to the absence of taxonomically significant characters. Calcareous nannofossil data and microfacies analyses allow us to assign both specimens to the basal Kimmeridgian. This makes the two Notidanodon teeth associated with V7101 the oldest recorded occurrence of this genus. 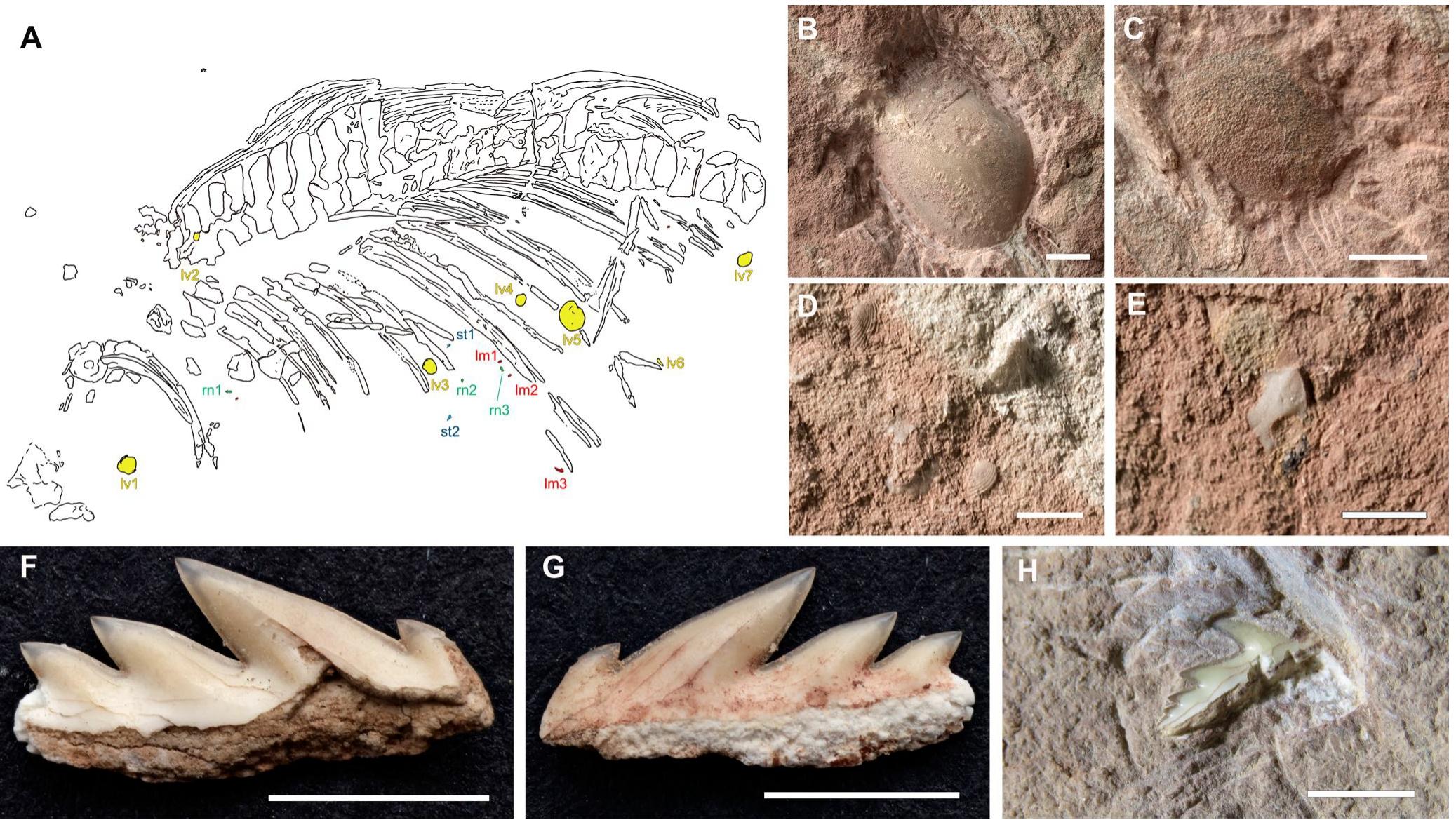