The Lago Mare phase at the end of the Messinian Salinity Crisis (MSC) in the Mediterranean has long been known for the Paratethyan affinities of its biota. The taxonomic level of these affinities and their origin, however, is subject to divergent interpretations. Here, we have studied otoliths of the Gobioidei from late Miocene and early Pliocene deposits from Italy and Greece and revised earlier studies including time-equivalent data from Romania and NW Turkey. Nowadays, gobies constitute the most speciose marine fish family in Europe and the most diverse endemic family in the Ponto-Caspian region. Furthermore, they are highly adapted to nearshore shallow marine, brackish, and freshwater environments, which makes them excellent candidates to explore short-term connections of waterways of different nature.

The normal marine late Tortonian and pre-evaporitic Messinian deposits of the studied Italian and Greek locations contained a rich and diverse goby assamblage, but species with Paratethyan affinities were very rare and possibly originated from connections during the early Serravallian (late Badenian) and early Messinian (early Meotian). A rare fauna from a paralic environment from Cessaniti, Calabria, similar to the mangrove environments found in the present-day Guinea coastal area, revealed two species of the family Eleotridae and no gobies with Paratethyan affinities. Cessaniti provides a unique opportunity to recognize the presence of this type of environmental context with a unique gobioid assemblage in the Neogene of Europe. The shallow-water brackish-influenced sediments of Strada degli Archi just below the MSC show an increasing influence of Paratethyan gobiid taxa (Proterorhinus yigitbasi, Zosterisessor exsul n. sp.), which are not present in time-equivalent normal marine environments, but have also been identified in the Dacic Basin of Romania. Sediments of the stage 3 ot the MSC, especially those that accumulated during the Lago Mare event, were dominated by a diverse goby assemblage with Paratethyan affinities, while indigenous Mediterranean goby taxa disappeared probably because of the lack of suitable conditions for neritic demersal stenohaline fishes, except for the nektonic Aphia minuta. The sediments of the stage 3 of the MSC also included in one particular location and level the unusual Enigmacottus socialis n. gen., n. sp., a putative member of the family Psychrolutidae of uncertain origin, which constitutes about 70% of all otoliths obtained from that interval in Italy. Beginning with the Zanclean, the goby assemblage of the Mediterranean shows an almost exclusively Atlantic-Mediterranean composition. 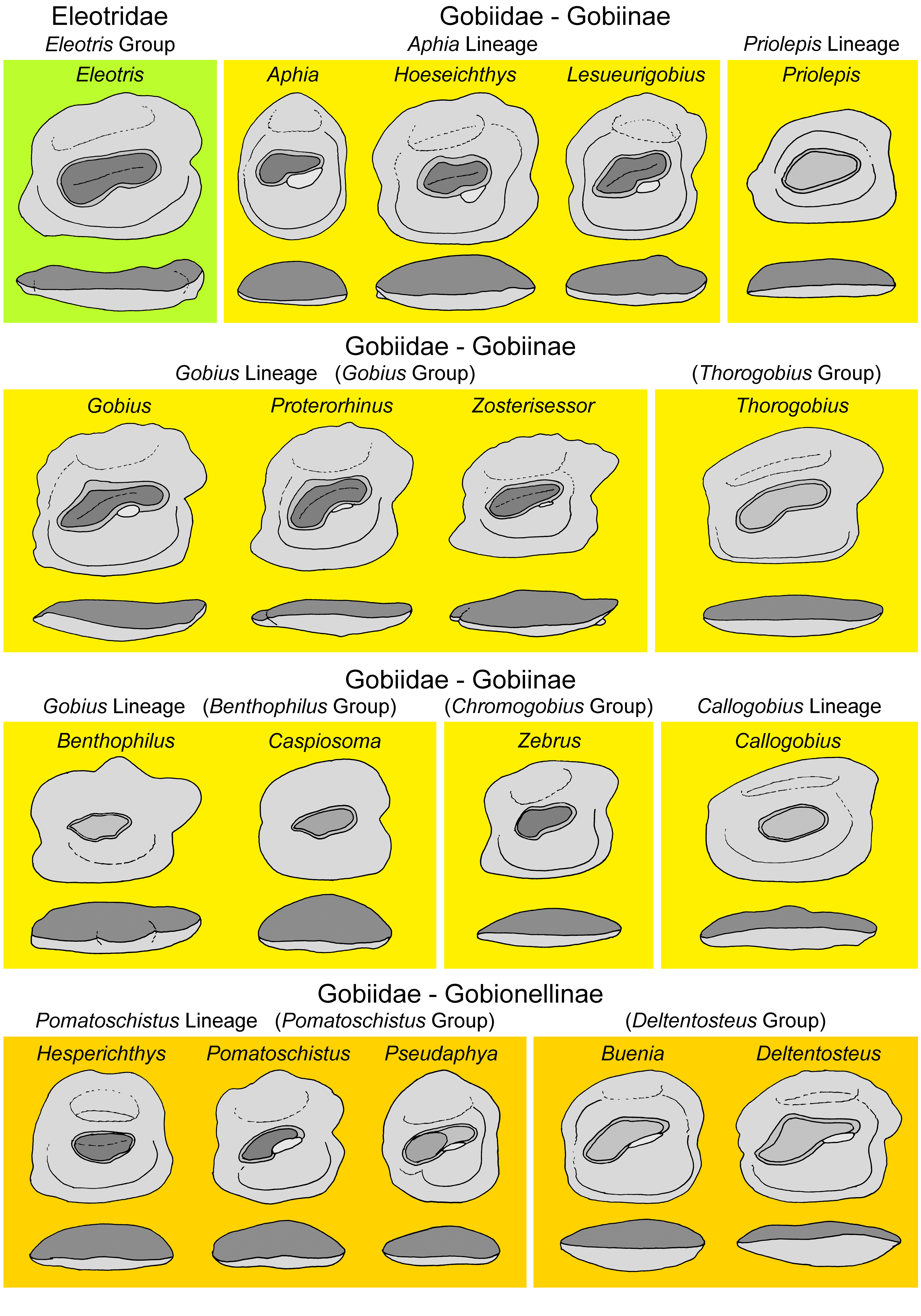