A NEW RECORD OF PHYSETEROIDEA FROM THE UPPER MIOCENE OF THE PIETRA LECCESE (SOUTHERN ITALY): SYSTEMATICS, PALEOECOLOGY AND TAPHONOMY OF A FOSSIL MACRORAPTORIAL SPERM WHALE

We report on a partial skeleton of sperm whale (Cetacea, Odontoceti, Physeteroidea) from the Pietra leccese, a Miocene limestone widely exposed in the Salento Peninsula (southern Italy). This specimen was found in Tortonian strata cropping out at the Cisterna quarry, not far from the holotype of the stem physeteroid Zygophyster varolai. The presence of a deep and rectilinear groove medial to the tympanosquamosal recess of the squamosal, the bowed mandibles, and some dental features suggest that this specimen belongs to a still undescribed new genus and species of macroraptorial sperm whale that displays some affinities with the late Miocene Acrophyseter from Peru. Nevertheless, due to the incompleteness and poor preservation state of the skull, we abstain from creating a new taxon. The teeth exhibit both apical wear and deep occlusal facets, and three teeth even lost their crowns. These dental modifications suggest that the studied specimen used a raptorial feeding strategy for preying upon food items such as large-sized bony fishes or diminutive marine mammals. The bones are mostly disarticulated and broken, and some of them preserve traces hinting at the action of macro-scavengers, possibly including both sharks and bony fishes. Furthermore, the skull is pervasively encrusted by oysters, which suggests that it laid on the seafloor for a long time before being buried. This find provides new clues about the composition of the Miocene vertebrate assemblage of the Pietra leccese and indicates that various macroraptorial sperm whale species inhabited the Mediterranean Basin during the Tortonian. 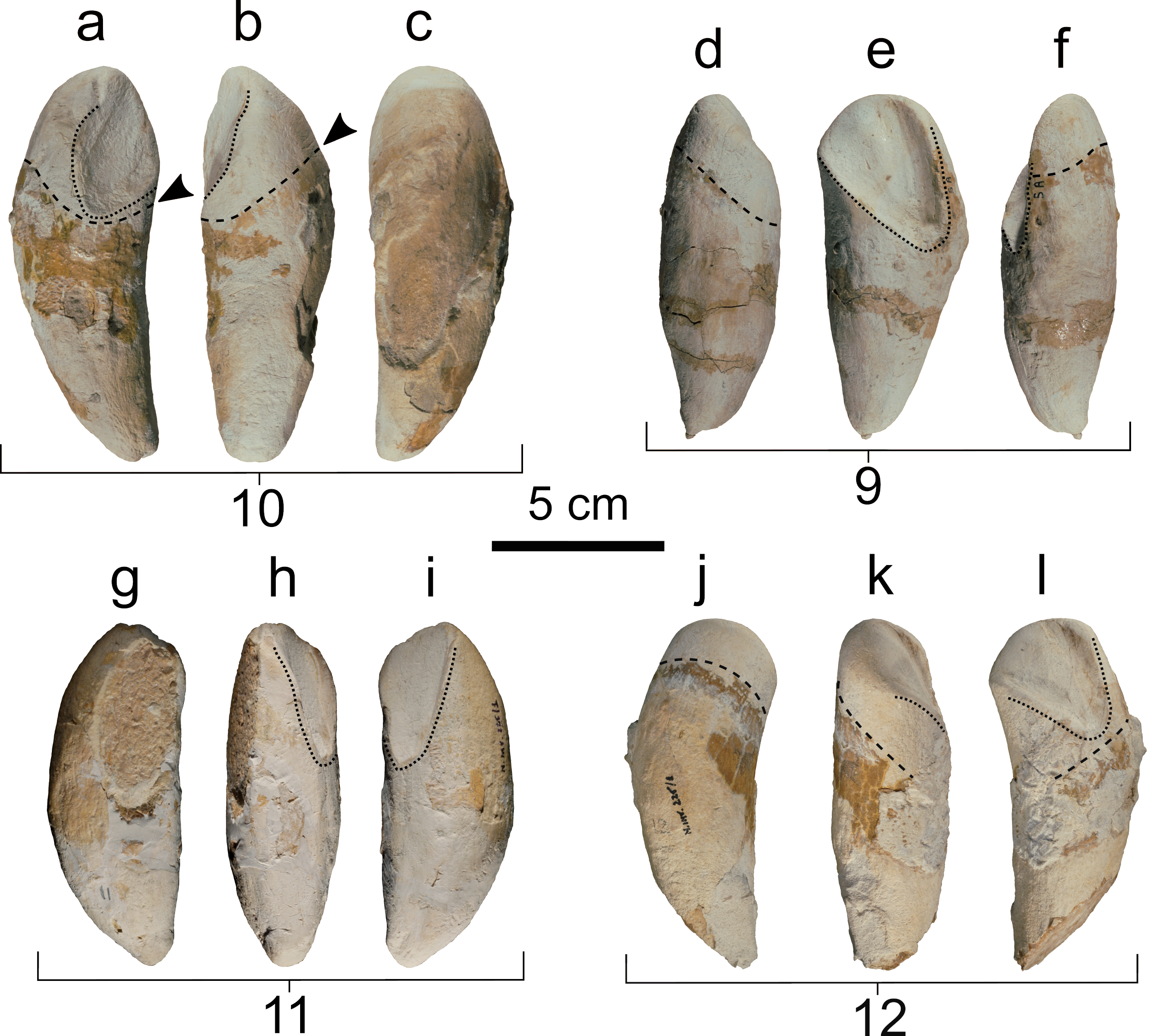