Lacewing larvae are mostly predatory, highly mobile larval forms of Insecta. The modern fauna yields several morphotypes of lacewing larvae, each closely associated with a distinct evolutionary lineage within the group of lacewings, Neuroptera. Back in the Cretaceous, about 100 million years ago, many of these larval forms had already evolved. Additionally, many larval forms seem to have been present that are now extinct. We report here a new form, which appears to be extinct now. This new larva has a prominent forward projecting labrum like larval forms of Nevrorthidae and Psychopsidae. It furthermore has (again similar to the latter two) curved venom-injecting stylets formed by mandibles and maxillae. We used quantitative outline analysis to compare the new larva to those of Nevrorthidae and Psychopsidae. The results of this analysis demonstrate that the new larva differs in all aspects of head capsule shape from all known larvae of Nevrorthidae. Its head shape is more similar to that of many larvae of Psychopsidae, yet also here the new larva differs recognisably in one principal component. Also qualitative differences clearly differentiate the new larva from already known ones. Hence, the new larva represents a new, so far unknown morphotype of lacewing larva. This finding adds to the growing 'zoo' of unusual lacewing larvae back in the Cretaceous, indicating that form diversity and ecological diversity of lacewings were much higher 100 million years ago. 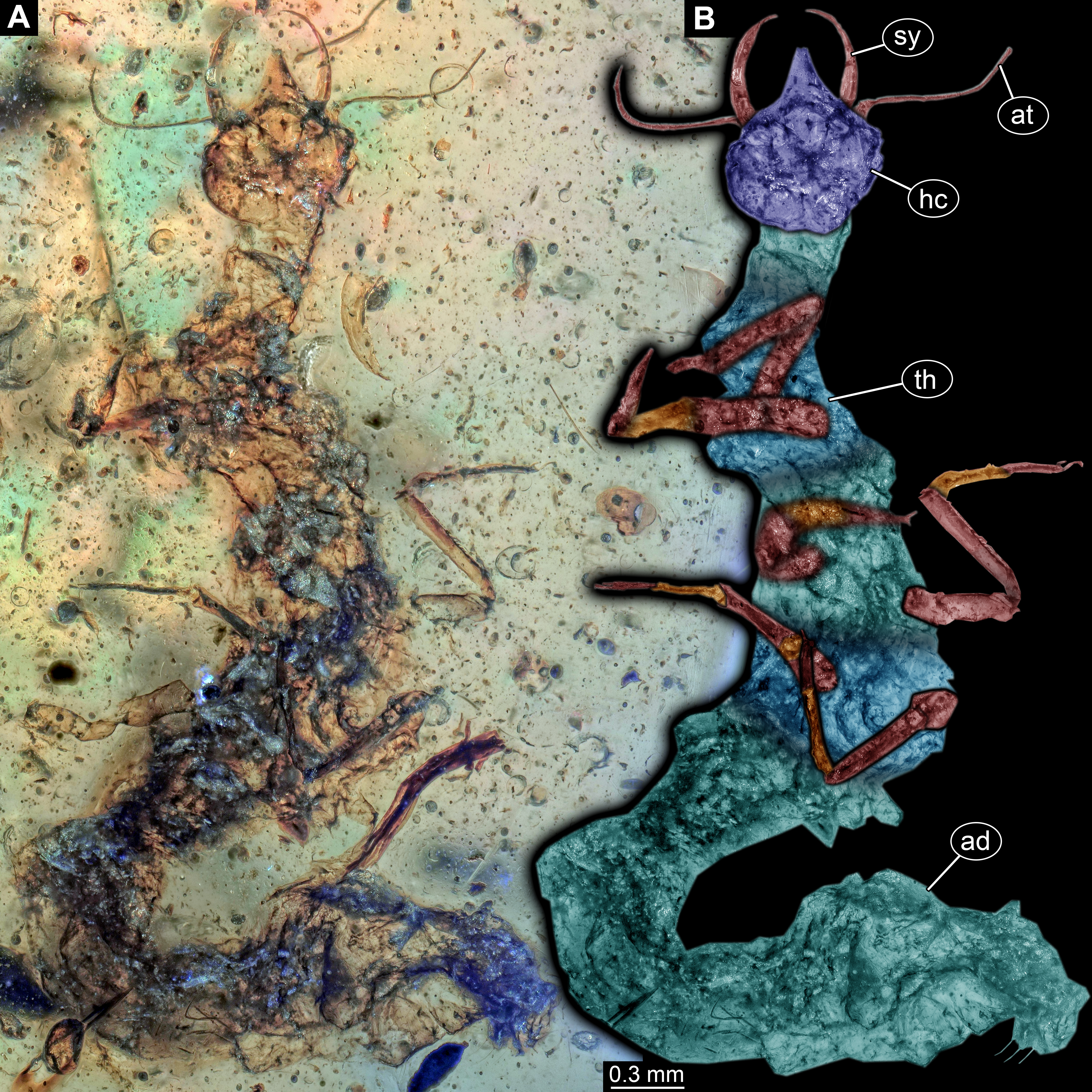