THE OCCURRENCE OF EOCENOCHELUS (TESTUDINES, PLEURODIRA) FROM SARDINIA SUPPORTS PALAEOGEOGRAPHIC RECONSTRUCTION OF THE PROXIMITY OF THE ISLAND TO CONTINENTAL WESTERN EUROPE DURING THE EOCENE

In this paper, we describe pleurodire turtle material from the island of Sardinia, Italy, originating from two Eocene localities of the Cixerri Formation. The more complete among the two specimens bears strong resemblance with the continental Western European Eocenochelus eremberti and is tentatively referred to the same species, while the second, less complete specimen is only provisionally referred to the genus Eocenochelus. The new Sardinian turtles add to the so far scarcely documented fossil record of pleurodires in Italy, while it ranks as among the very few Paleogene vertebrates known from the island. The identification of the widespread Eocene Western European genus Eocenochelus in the fossil record of Sardinia supports recent palaeogeographic reconstructions of the island, according to which the Sardinia-Corsica Massif was located rather close to mainland Europe and was subjected to a significant, counterclockwise rotation during the Paleogene. 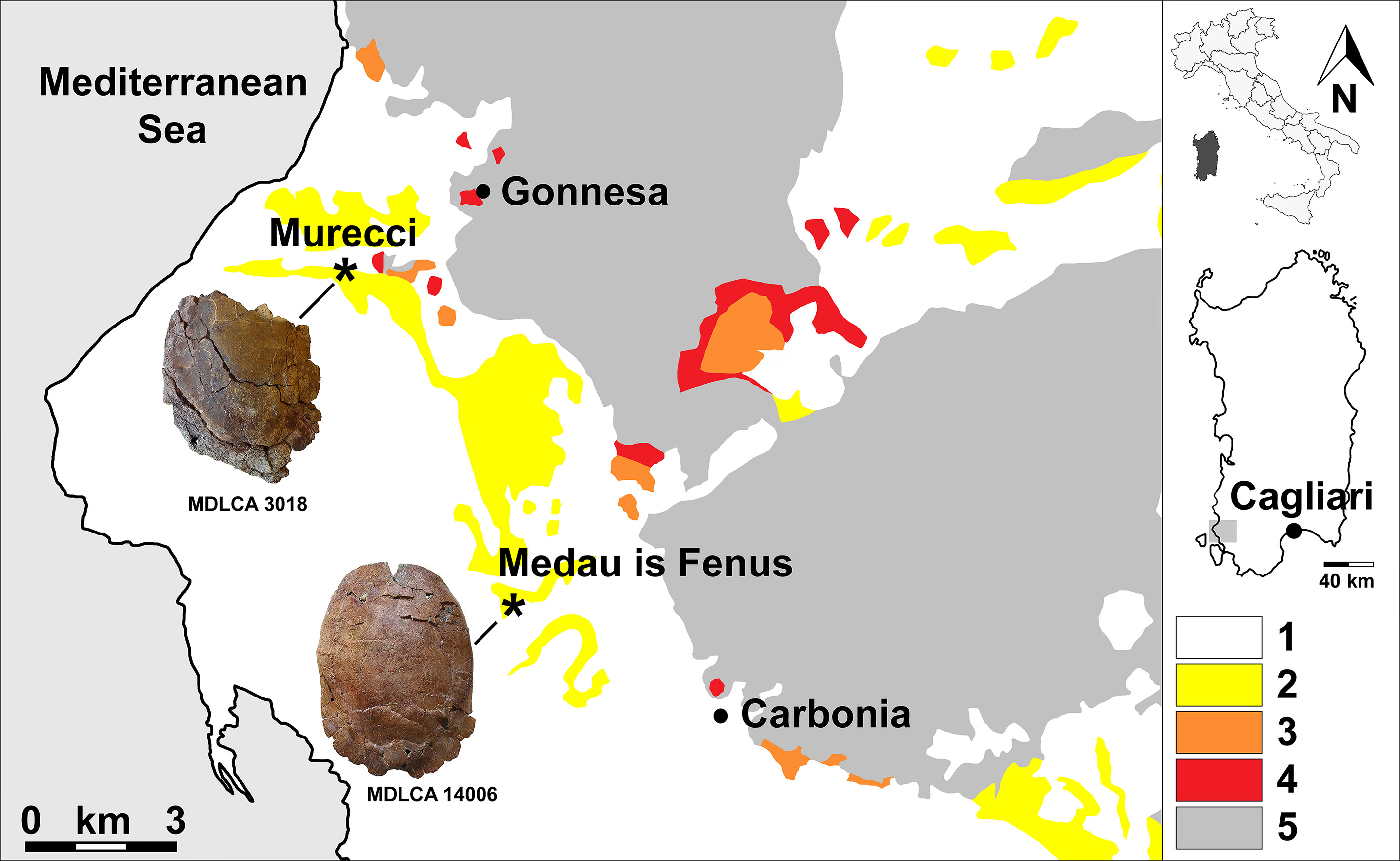