Lower Devonian brachiopods in South China are very rare since most areas lack deposits owing to an uplift movement of the Guangxi (Caledonian) Orogeny. In this paper, we describe a brachiopod fauna consisting of 13 species in 12 genera from the Nagaoling Formation at the Dashatian section in the suburb area of the Nanning City, Guangxi, South China. This fauna is dominated by small rhynchonellide and spiriferide species, along with chonetidines, strophomenides, atrypides, athyridides and others. The early Pragian age for the brachiopod-bearing horizons in the Nagaoling Formation is constrained by the associated early Pragian conodonts Eognathodus sulcatus Zone. About 33% genera of the brachiopod fauna are endemic to South China, therefore they do not provide any clear evidence for its paleobiogeographical link to the faunas of Europe, Australia, or North America. This fauna is paleoecologically interpreted as being deposited in a shallow, oxygen-rich, low to moderate energy, subtidal palaeoenvironment in the early Pragian and it corresponds to the benthic assemblage BA2 to upper BA3 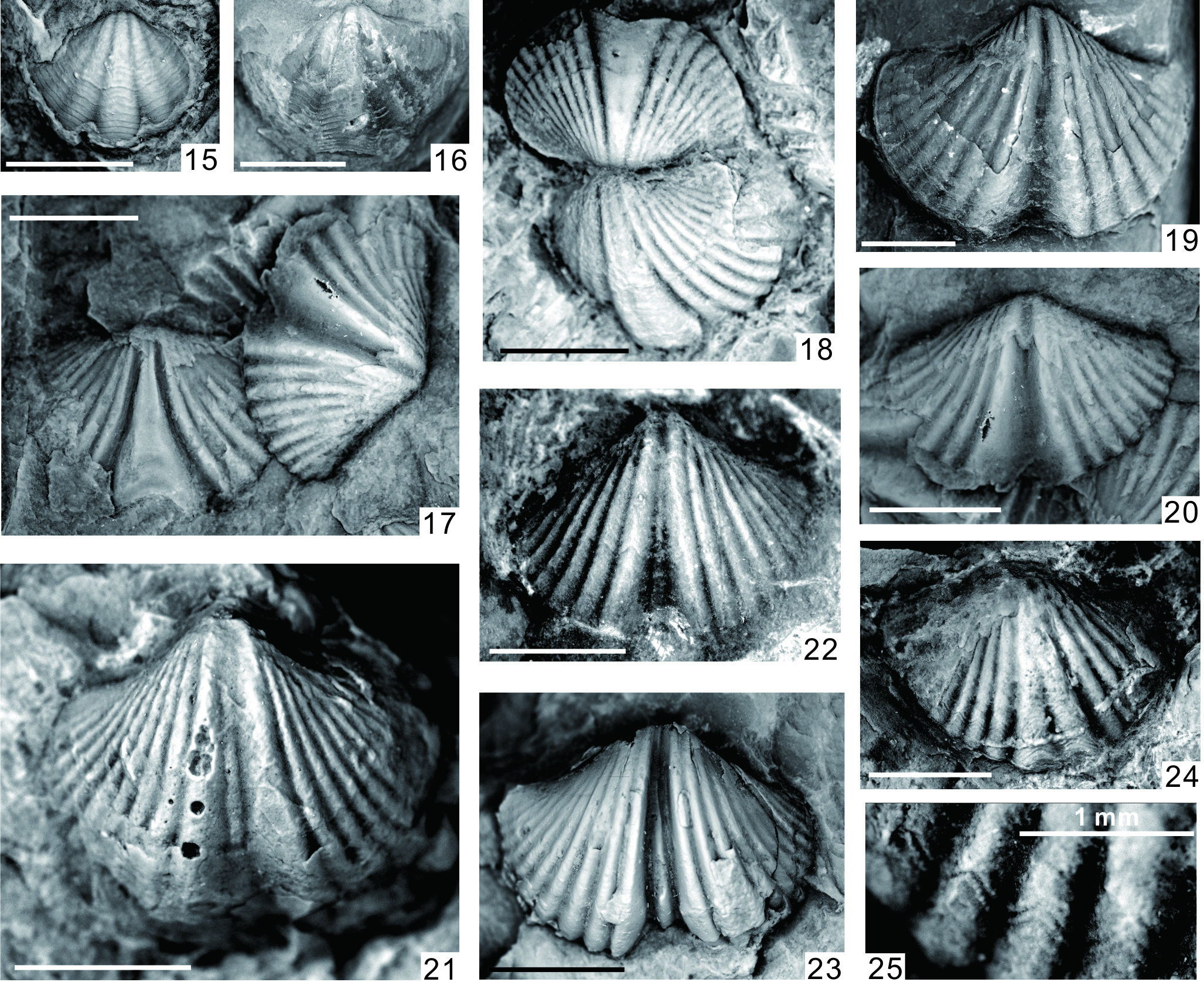