The effect of bioturbation on rocks’ flow-media properties (e.g., porosity and permeability) and its impact on reservoir quality has been previously documented. However, the occurrence of ichnological features and their impact on rock properties in contourite deposits, a facies of economic interest, is poorly known. The study evaluates the effects of bioturbation on different types of contourite facies, particularly dominantly calcareous contourites and sandy clastic contourites, using mercury intrusion porosimetry. Porosity (total, intraparticle and interparticle) is characterized in selected samples, comparing the host rock with the infills of the trace fossils; Macaronichnus, Parahaentzschelinia and Scolicia from El Adergha and Kirmta sections in Morocco, and Chondrites, Planolites and Thalassinoides from Petra Tou Romiou, Agios Konstantinos, and Kalavassos outcrops in Cyprus. The obtained data reveal variance between porosities according to different types of contourite facies and trace fossils. Total porosity shows similar values for the host sediment in clastic and calcarenitic contourites, but interparticle porosity is nearly absent in calcarenitic contourites, where intraparticle porosity is almost exclusive. This is owing to the abundance of foraminifera chambers that increase intraparticle primary porosity. Regarding the ichnotaxa, higher total porosity values were obtained from the infilling material of Parahaentzschelinia, Scolicia and Macaronichnus, which could be related with the redistribution of grains by trace makers during feeding activity. Considering the impact of bioturbation on reservoir quality, there are significant differences between clastic and calcareous contourites. In the clastic contourites, bioturbation increases in the total porosity, particularly interparticle porosity, suggesting a positive impact for the reservoir properties of the studied units. However, in calcarenitic and muddy chalk contouritic facies, bioturbation has a minor effect on porosity and no predictable influence on the flow-media characteristics. 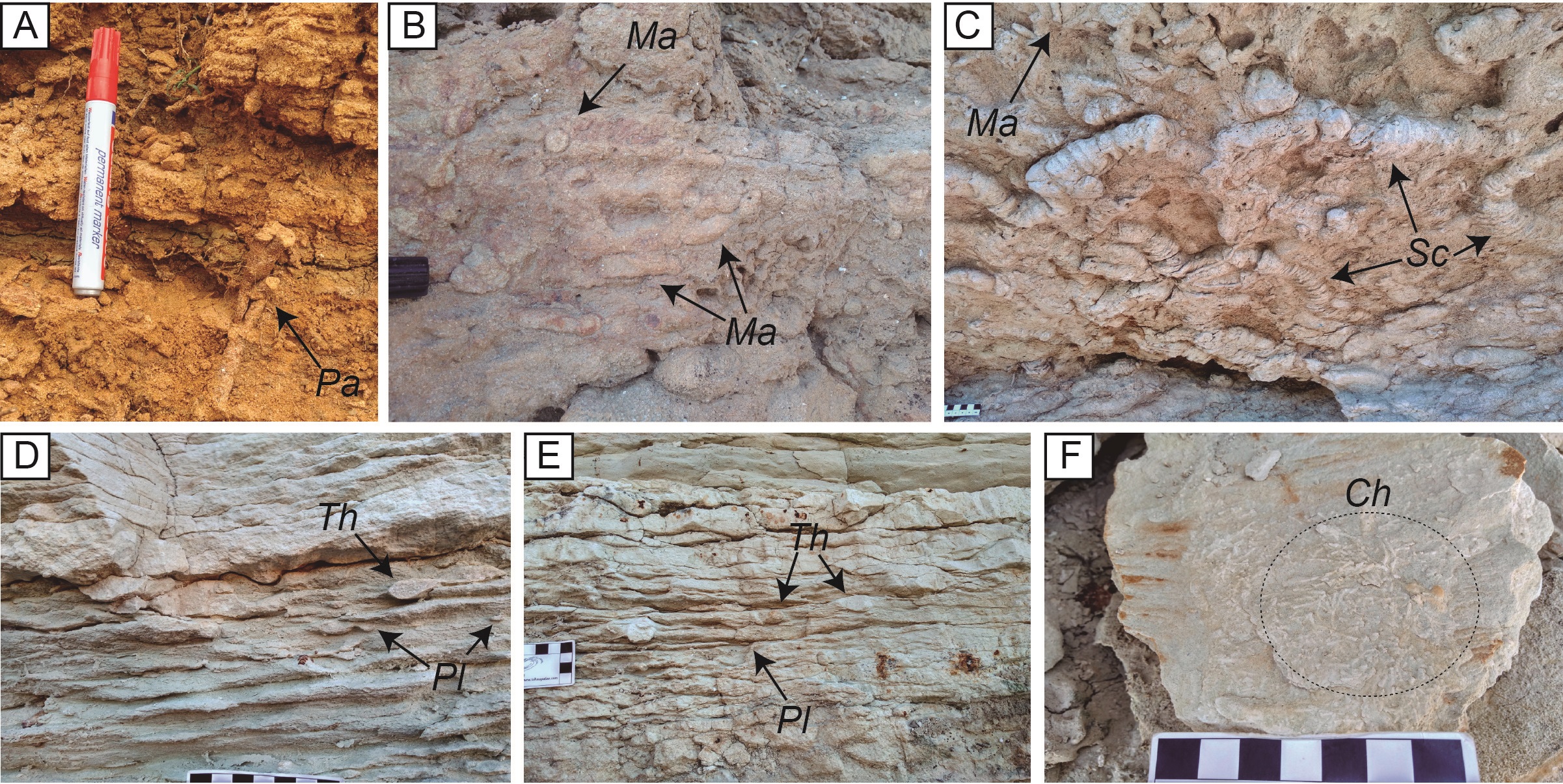