The Aghdarband Basin in the Kopeh-Dagh Range (NE Iran) is one of the most important areas for unraveling the evolution of the Turan plate (southern margin of Eurasia) during the last phase of the closure of the Paleotethys and to reconstruct the history of the Cimmerian blocks just before their collision with Eurasia during the early Late Triassic. The youngest sediments affected by the Early Cimmerian orogeny are those of the Upper Triassic Miankuhi Formation, which covers unconformably the Upper Triassic (lower Carnian) marine beds of the Sina Formation by an interval of continental facies including local conglomerates, cross-bedded sandstones, mudstone layers, silty shales, an up to one-meter thick coal layer with plant remains, and shales. The plant assemblages represent a relatively wide variety of different forms (sphenophytes, ginkgophytes, conifers, and incertis sedis), documenting wetlands with lush vegetation typical of warm and humid environments. In this study, we describe a plant fossil assemblage from the base of the Miankuhi Fm., dominated by roots and vegetative organs of Neocalamites iranensis n. sp., with few plant fossils of uncertain botanical affinity. Palynological investigations of the basal part of the Miankuhi Formation confirm a latest early Carnian to late Carnian age for this interval and reveal, for the first time, a clear link between this plant-bearing bed, and a time of global environmental changes, the Carnian Pluvial Episode. This is the first report of the Carnian Pluvial Episode in the Turan plate (southern margin of Eurasia) and Iran. 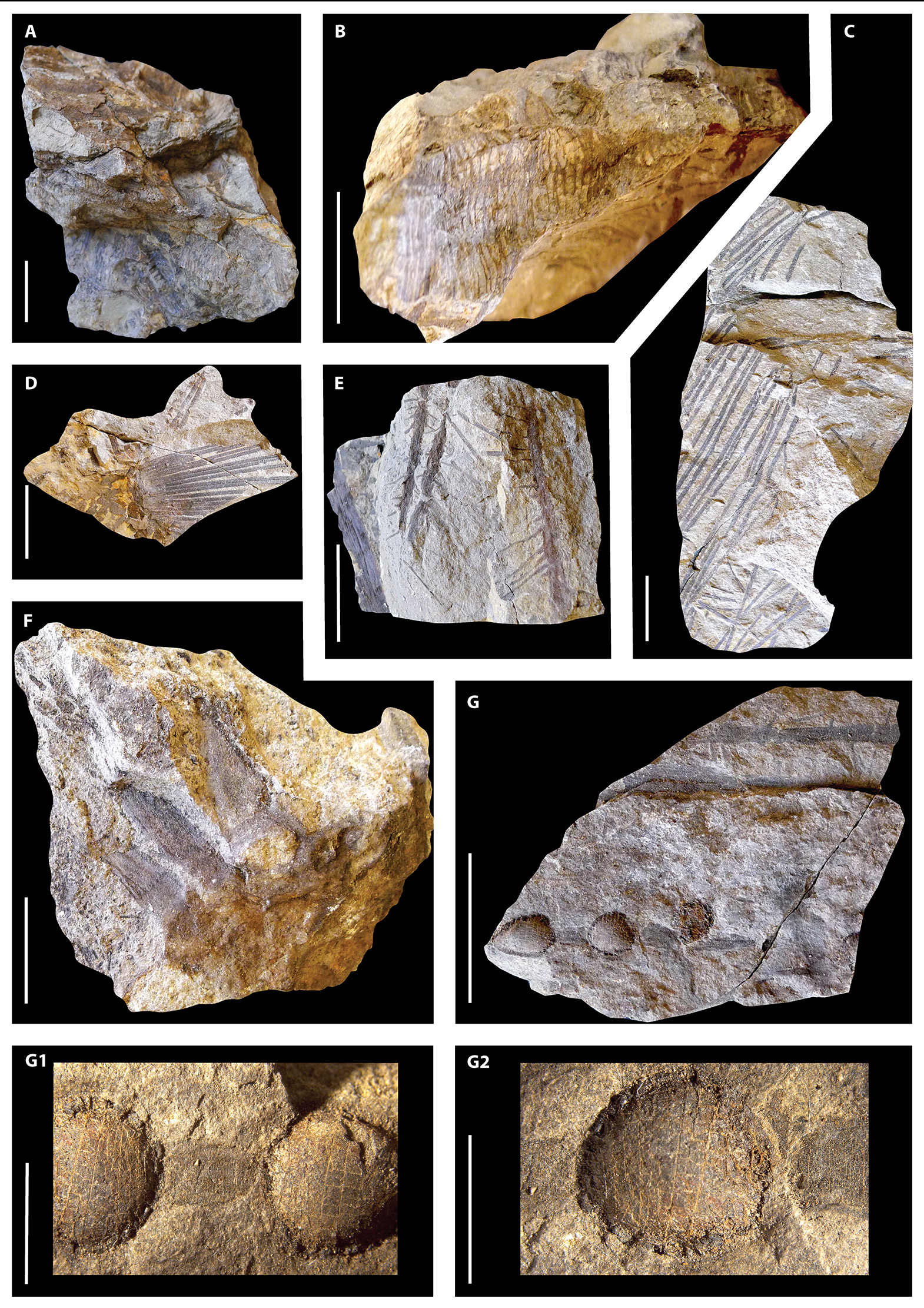