Olduvai Gorge (northern Tanzania) is one of the best known and most iconic palaeontological and archaeological sites in the world. In more than a century of research it has yielded an impressive record of fossils and stone tools which stands as a compendium of human evolution in the context of environmental changes of East Africa in the last 2 Ma. Recent field work in the DK site at Olduvai lead to the retrieval of a partial crocodile cranium nicknamed Black Sun because it was discovered during an annular solar eclipse. The specimen is here described and compared with extinct and extant African crocodylids. The new cranium can be referred to Crocodylus anthropophagus, a Pleistocene species hitherto found only in Olduvai Gorge. Thanks to the good preservation of the skull table, its morphology is here characterised for the first time. Black Sun represents to date the earliest (ca. 1.9–1.85 Ma) and the most informative cranium of C. anthropophagus in the fossil record. Our phylogenetic analysis supports a strict relationship between C. anthropophagus and Crocodylus thorbjarnarsoni, a large species from the Plio-Pleistocene of the Turkana Basin (Kenya). These two sister taxa share a combination of characters which places them at the base of Crocodylus, providing an intriguing element to the debate on the African or extra-African origin of this genus. 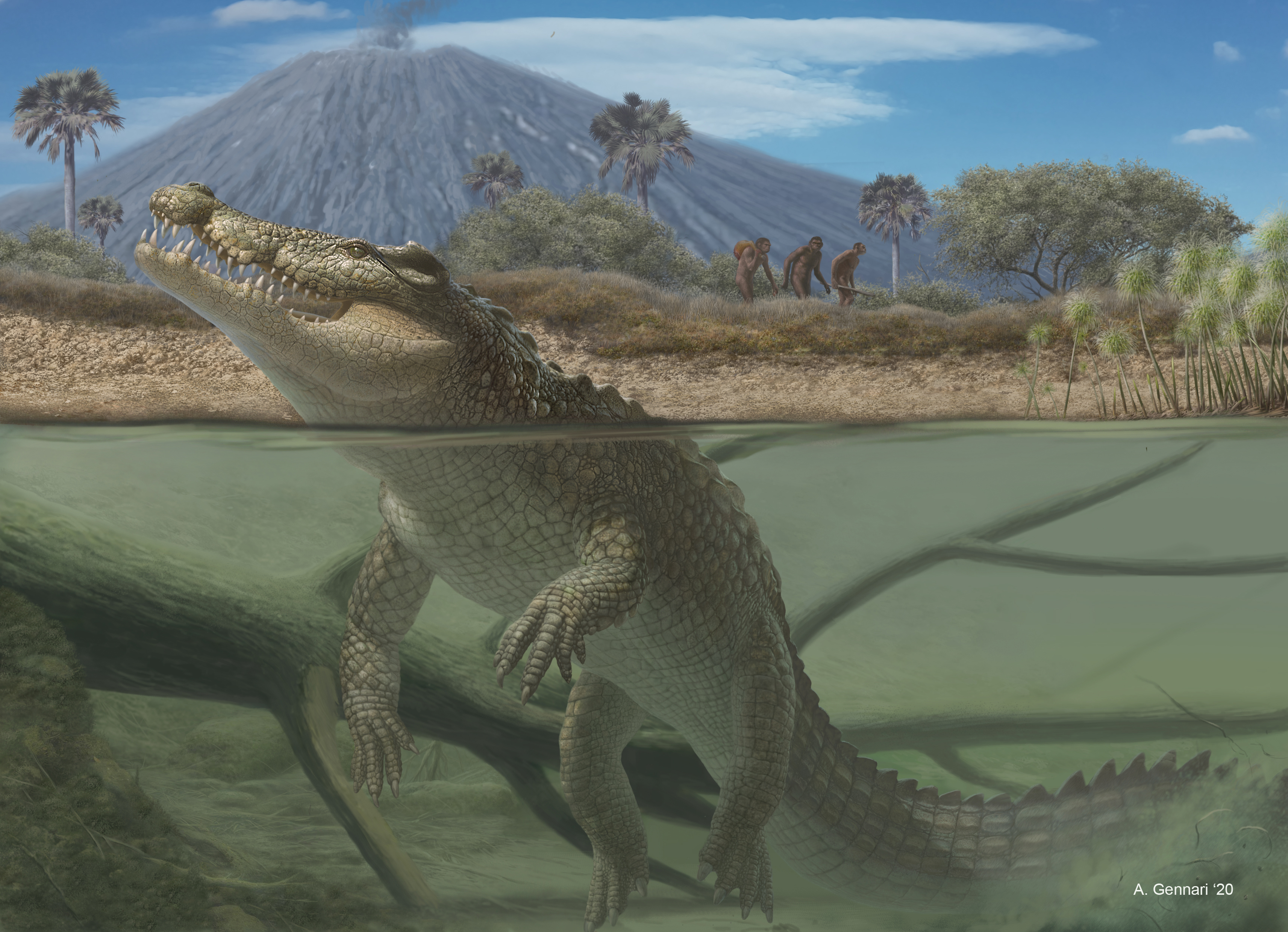