A REAPPRAISAL OF THE PLEISTOCENE MAMMALS FROM THE KARST INFILLING DEPOSITS OF THE MAGLIE AREA (LECCE, APULIA, SOUTHERN ITALY)

The karst fissures known as “ventarole”, located in the Salentine Peninsula (southernmost part of Apulia, Italy), were first studied by Mirigliano in 1941. These fissures are generally filled with reddish sediments or “terre rosse” in the lower part, and with brownish sediments or “terre brune” in the upper one. Both deposits are particularly rich in vertebrate remains. The mammal assemblages collected within the “terre rosse” from Melpignano and San Sidero are chronologically referred to the early Late Pleistocene (MIS 5), whereas those from the “terre brune” are referred to the Late Pleistocene – Early Holocene (MIS 2/1) transition. These ages were estimated from correlation with the similarly reddish and brownish sediments cropping out in Grotta Romanelli and with other Apulian local faunal assemblages. However, no detailed textural or mineralogical characterization has been carried out on the “ventarole” deposits. Moreover, the presence of several species led to a hypothes of persistence of Middle Pleistocene taxa during the Late Pleistocene in Apulia. In addition, the fauna of Melpignano was proposed as a Faunal Unit of the late Aurelian Land Mammal Age. In the last two decades, a team from the Department of Earth Sciences of Sapienza University of Rome have carried out fieldwork in this fossiliferous area. The rich fossil sample recovered is here presented, coupled with a reassessment of the remains collected since the 1900s. The updated faunal lists of Melpignano and San Sidero include several new species here identified for the first time, in particular Dama clactoniana, Equus mosbachensis and Lynx pardinus. New biochronological and paleoenvironmental data for southern Italy are presented, deriving from the analyses of the mammal remains from Melpignano and San Sidero and their comparison with those from other Middle-Late Pleistocene Apulian sites. Finally, textural and mineralogical analyses performed on several “ventarole” samples allow for a better description of the characteristics of the “terre rosse” and “terre brune”. 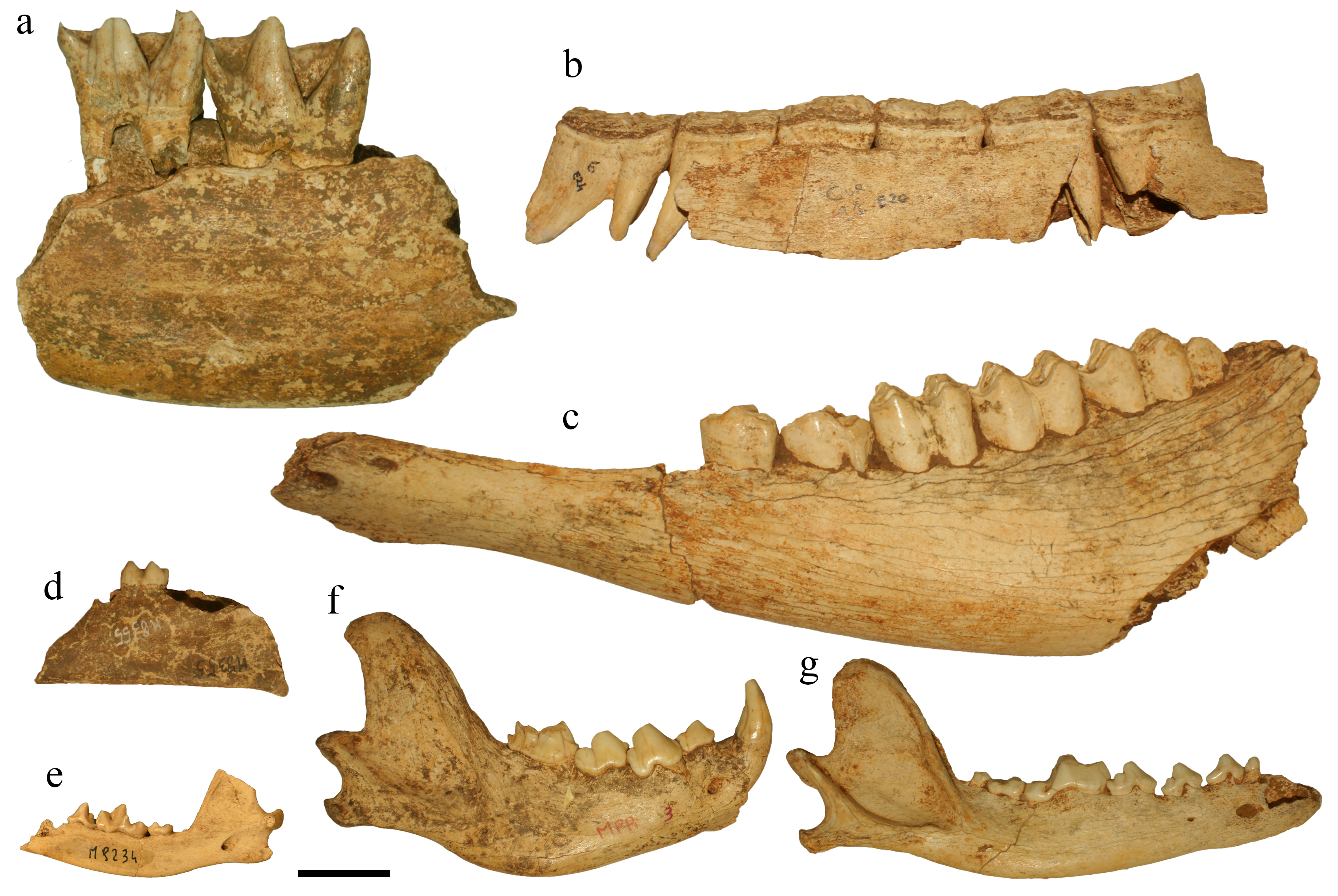